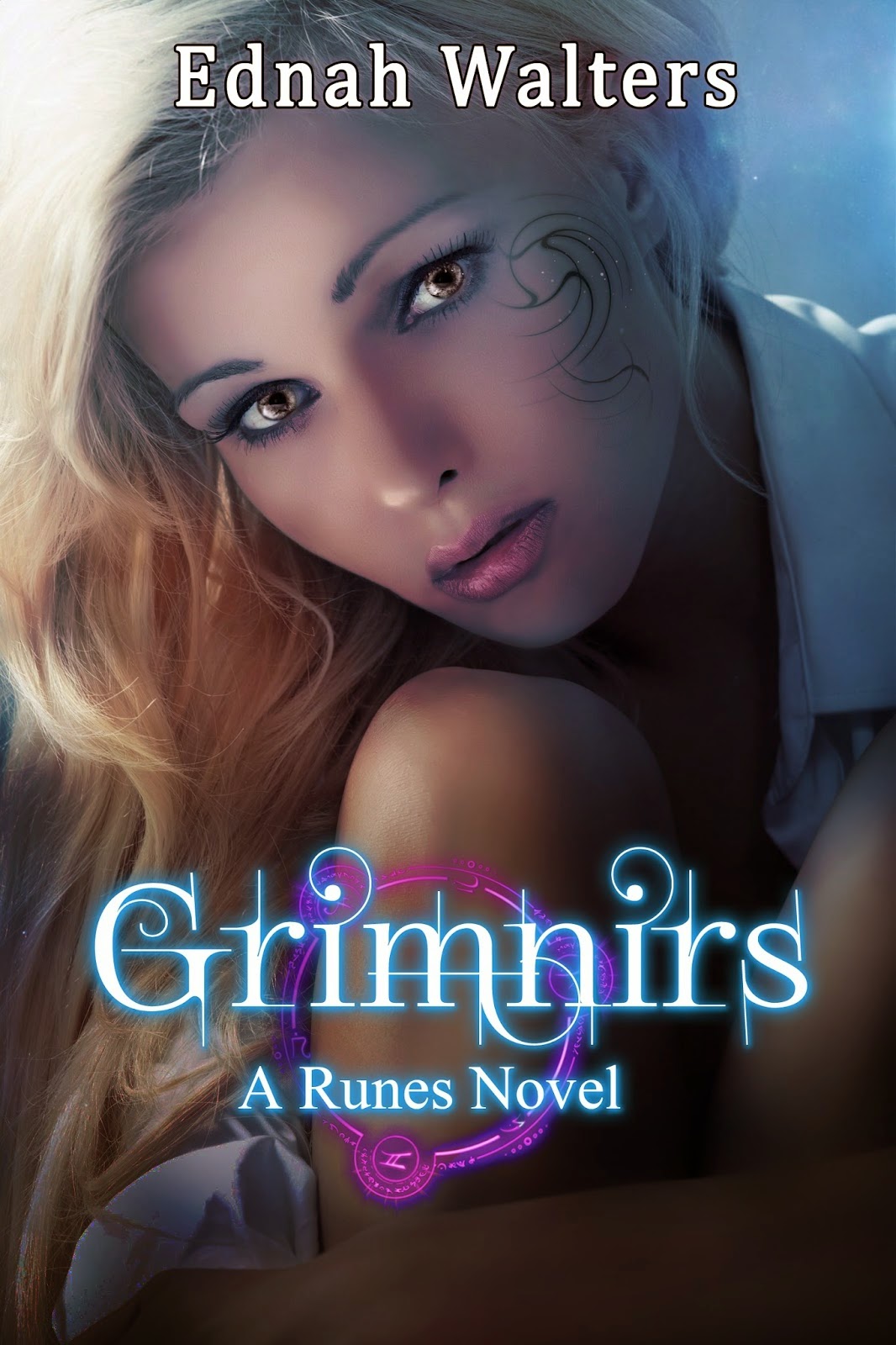 Grimnirs was an ARC from NetGalley and book 2.5 in the Runes series series by Ednah Walters.  Now I read book 1, Runes some time back and really liked it, eager to read more but at the time there was no information on book 2.  So when I saw this book, similar cover I was excited and even more so when I was approved.  Then I checked and saw it was book 2.5 and realized I had missed something.  I had checked back periodically after reading book 1 but somehow missed book 2 Immortals.  So I had to read it before starting this one.  So I made a quick purchase on my kindle and was on a roll.  This review will have some spoilers for the previous 2 books, so be warned.

The first thing about Grimnirs is that is isn't from Raine's prespective as the previous books but this time from Cora's.  Instead of Cora being a supporting character she was front and center and Raine and Torin were in the secondary status.  With that being said it takes place towards the end of Immortals when Cora returns home from PMI where no one has visited her for a month and she is feeling pretty crazy and abandoned.  The guy she's been in love with secretly for years is gone without even a simple goodbye and now all she wants is normal.  No more seeing souls or the reapers, Grimnirs, collecting them.  She is in no way looking for a new guy, until Echo appears in her bedroom, not a surprise I'd mind finding in my bedroom, just saying.  Bright side is him being around makes the souls stop bothering her.  Echo is hot, but not her type, even if the connection is there.  He's arrogant, cocky, and oh yeah a Grimnir.   Not the type of guy to have around for 'normal' but then again, normal may be over rated and who can control the heart.

I liked seeing things from her prospective, you get a fresh take on the story as a whole and after what she went through it would have been hard to explain any other way.  It brought new characters and a new take on the ones readers of the series already love.  Plus watching Cora go through this psychological and emotional trial made her character so much more endearing.              Plus it gave us a different view on the new comer Echo who the Valkyries are not so fond of.  He's mentioned, as are Grimnirs in general, in the previous books but he wasn't what I was expecting.  Cora falls for him despite logic and is able to see a different side to him because he is able to show her a different side.  It expands how he became top Grimnir, Hel's favorite. 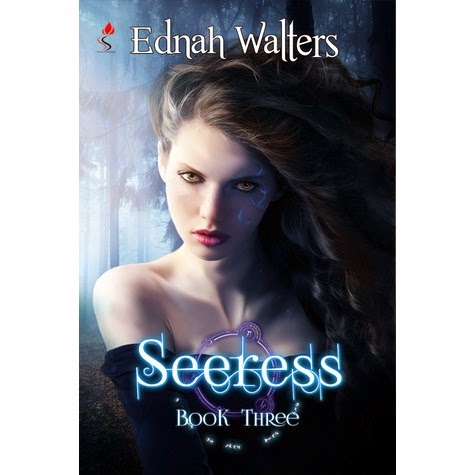 Also as a series as a whole as much as I love Raine and her perspective, seeing her from her best friends eyes was nice.  You see different things, things you never think about yourself but others see when they look at you.  I'm looking forward to book 3 Seeress which comes out today…well it was listed to come out today but it was posted on Amazon last night so I have it down loaded and I will start it on my lunch hour today.

Let me know what you think below in the comments please for both my review as a whole, the book/series itself, etc.  Next I did see a movie this weekend and I will be posting my review on that shortly and I was also granted another great opportunity to host an author interview.  I'm excited and it is scheduled for next Sunday May 4th, it will be Colette Ballard for her paperback release of Running on Empty.  I'm stoked for this and I'm even thinking of hosting my very first giveaway, so check back and share your thoughts as always.
Posted by Eve at 7:43 AM