The Shapeshifter’s Secret by Heather Ostler

Yeah!  I finally finished another book.  This book is an ARC from NetGalley.com and Cedar Fort and comes out June 12, 2012.  The Shapeshifter's Secret by Heather Ostler is the first in a new series and is a mystical story about magic and go figure shape shifters werecats to be more precise.  Yes werecats.  All different kinds of cats too from jaguars and panthers to tigers, and yes speaking to my favorite animal a white tiger.  I have always loved white tigers, they are so beautiful and powerful its amazing, I love most of the while cats for that same reason but what can I say the white tiger just speaks to something in me. 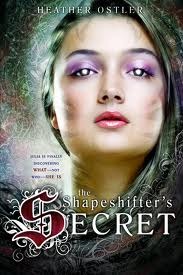 So yep I’m a sucker for something that speaks to me.  And lets face it who hasn’t wondered what animal they would be if they could turn into one.  Yep mine has always been a white tiger or a wolf, part of me would want to fly as well but as I’m sorta anti birds that doesn’t fit too well.  Check one for a concept that intrigues me.  Now don’t fret if werecats are not your speed there are other mystical type people/types as well and that part is important however the story is focused solidly in the human form.

Now the story centers around a girl Julia and how her entire life has been a lie.  Yep she never knew she was from a different world or that she had special…abilities.  Now thrust into a world she only just found out about, she comes to learn more about herself and her past that she ever dreamed.  The world at war, her life in constant danger, and trying to survive school, yep you bet things are hard.

One thing I really liked about this book was how the shifter changes from human to werecat.  They simply become the animal, no shredding of clothing or anything like that which to me is super cool and makes for less distraction.  So many times do I wonder when reading a book or seeing a movie where the person shifts or something and rips their clothes then poof later they have them on.  Okay normally I just give them the benefit of the doubt and even with Twilight Jacob carried around shorts but to me this just makes things way easier and less confusing.  Plus come on who wants to shift back to human form and be all naked?

What else?  Well I like that there are different characteristics for the different characters.  Julia had her moments where I thought, ‘seriously? That’s so stupid’ but hey she’s a teenager she’s bound to make mistakes.  Still she learns and she tries to take care of the people she cares about even when her own life is muddy.  Sierra, is colorful and made me laugh.  She was a bookworm but she wasn’t shy she was bold and out there.  Caleb and Terrance, both good but you also have a feeling throughout, or at least I did, that something is going on that isn’t being told.

Romance.  Sure the romance in this book was substantially more subtle than what I usually read and I was okay with that.  It was there and although it wasn’t the center point I felt I got enough of it that I could see it.  The brief encounters and stolen moments to me made it all the more romantic and also leaves things open also.  Not there is also some fighting, there is a war going on after all.  All be it not too much fighting is presented in the book but what was there I liked. 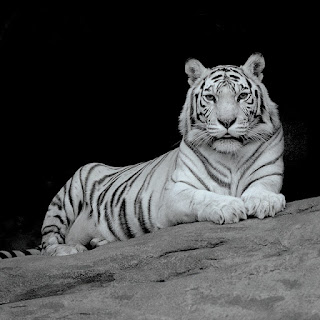 So what did I think of this book overall?  I liked it.  I give it 4.5 stars.  I won’t life before I read this book I read a review where someone compared it to Harry Potter because it involves school in a castle and magic.  Okay sure there are a few similarities here and there but come on, just because a school takes place in a castle or there is magic doesn’t mean its related.  Every book has similarities to something else, that’s just a fact.  So yeah I enjoyed some of the things I liked about Harry Potter were in here, a castle.  Come on that’s just cool and spooky.  I personally have always wanted to visit a real castle with its haunted past and possible hidden passages.  Cool right.  Magic…enough said magic is magic and always cool.  Friendship, duh that’s important in any book if you ask me.  The real point is that I enjoyed it.  I had a good time reading this book and when I was finished I wanted to read more and that is in my book the most important part.

Again The Shapeshifter’s Secret by Heather Ostler comes out June 12th.  So what would your werecat be?  Leave a comment and share I would be a white tiger (if you hadn’t guessed), I want to know about you.
Posted by Eve at 2:05 PM