The DUFF: Book and Movie, who's the DUFF? 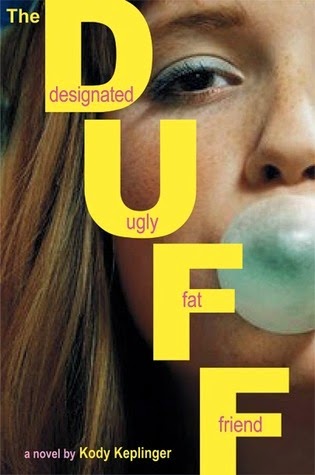 A few weeks ago a new movie came out.  The DUFF started as a book by Kody Keplinger which I read a month before seeing the movie.  I'm going to discuss the book first and then briefly discuss the movie.  I was going to do a book review then do a separate movie review but as I’ve seen the movie and haven’t posted my book review I’ve decided to combine them.

The DUFF book is about our cynical, snarky, and loyal lead Bianca.  She isn’t the prettiest of her friends but has never thought about it or cared.  They are a great trio.  Bianca is also to smart to fall for the charms of the schools man whore, Wesley, who sleeps with most of the female population.  In fact, instead of swooning after him, she hates him.  That feeling only intensifies when he calls her “the duff,” which is the: Designated Ugly Fat Friend, of any group.  She has only disgust in her heart and head for this jerk but things at home are spinning out of control and she needs a distraction, and somehow kissing Wesley works.  She’s determined to use him for distraction from her problems the way he uses every other female for his needs, fair is fair.  Besides he’s the perfect distraction because there is no possible way she could ever actually like him.  Until Bianca realizes much to her surprise that he isn’t such a horrible person.

This was one of those quick reads books.  I took it to work with me and finished it in a shift with time to spare to start another book.  It was fast moving and for me didn’t have any slow parts.  I liked Bianca, even when I didn’t agree with her many times.  She’s screwed up and flawed.  She uses sarcasm as a defense with her quick wit.  She’s the first to call people out on their shit even if sometimes she could be considered a hypocrite.  She has friends she loves and would do anything for but when she needs someone, she pushes them away.  She doesn’t want to burden them with her issues, she feels insecure about everything and who can’t relate to that.  Being confident in yourself is something few people have in spades, especially in high school.  To be told, even by someone you can’t stand, that you’re considered the ugly or fat one of your friends hurts.  Bianca doesn’t want to face her problems so she runs away from them, finds distraction.  Not the healthiest decision in the world. She knows this and acknowledges it but still it’s easier.  Bianca has to reach a point where she is willing to face the truths.

The book is from her point of view so we don’t get to see too much of what is going on outside of her.  Our views of her life and friends are from her jaded and cynical view, but when she talks about people she is thinking/speaking to people she cares about her views become a bit more hopeful and bright.  That to me was pivotal.  I don’t know anyone who is only one thing, we’re human, we’re meant to have a million emotions and feelings, and teenagers have them firing off all at once.

The relationships in this book fit.  The connection Bianca has with her friends, it seemed so real and true I could see me and my friends there.  Different characters in the book and how she interacts with them, I could see how natural it fell into the story. But my absolute favorite thing in this book is that Bianca doesn’t change.  Don’t get me wrong, she grows as a person throughout the story, but she doesn’t learn she’s the “duff” and decide oh I have to change who I am to not be “the duff.”  She struggles with it sure, but she doesn’t decide that she isn’t good enough as is and needs a makeover.  It was an empowering story about facing things in your life and learning to accept them instead of letting them change how you view yourself.

Now for the movie.  I had known the book was going to be a movie and saw the trailer when it first came out back in 2014.  I didn’t remember it much, just the faces of Bianca and Wesley really.  I had the book and with the release of the movie coming up I wanted to be ready.  As I read I did question myself thinking the trailer I had seen didn’t seem anything like the beautiful story I was reading, but it had been a while and maybe I had just forgotten.  After finishing the book I re-watched the trailer and it turns out I hadn’t forgotten.  The movie is nothing like the book. 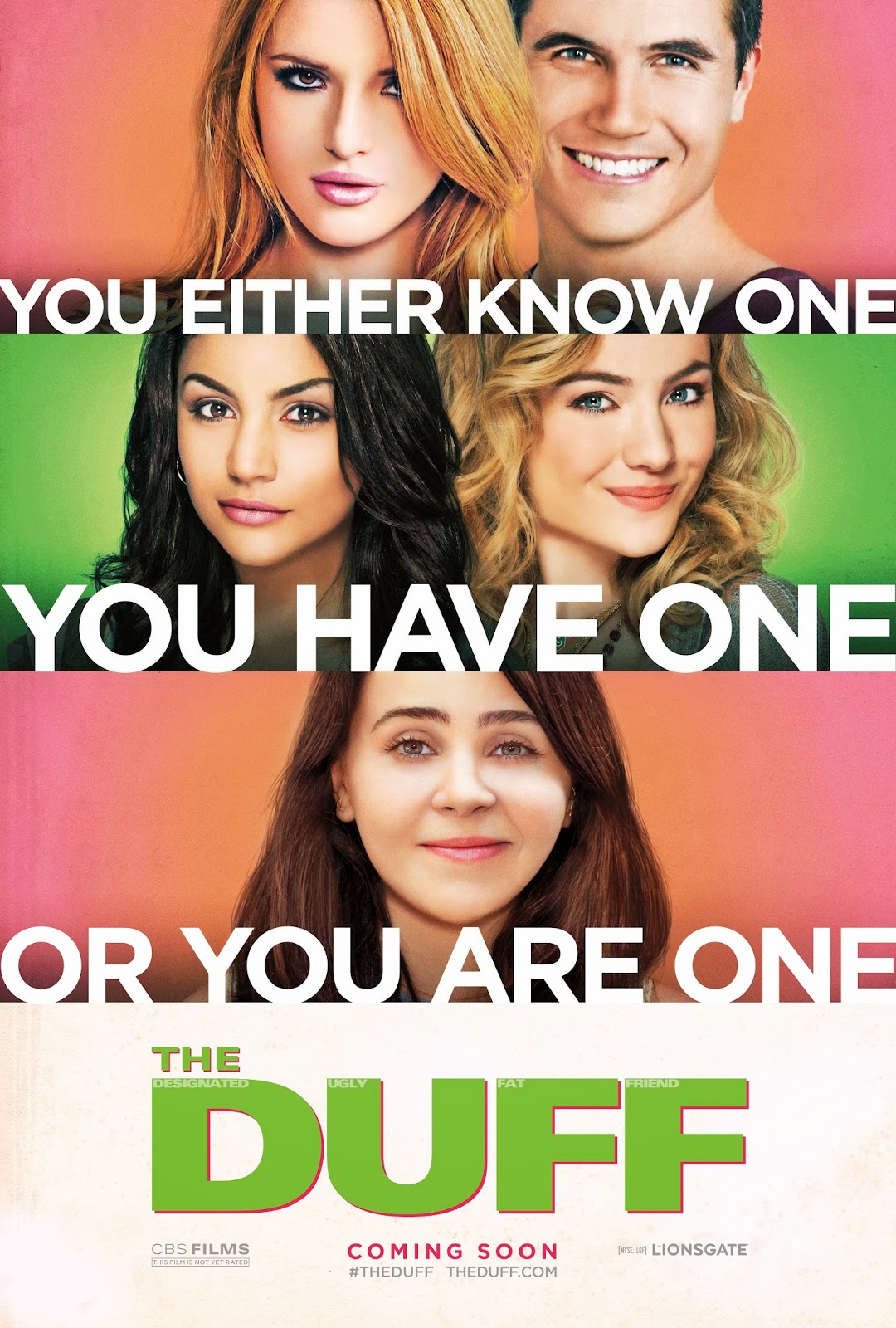 I’ll put a warning out in advance I’m not a huge fan of the movie.  I waited to do a review for about a week because frankly as I walked out I wanted to give it 0 Star.  I enjoyed the book so much and normally if movies change things, in my experience anyways, at least keep the moral and theme of the book.  This didn’t.  It changed everything on its head and made it some silly RomCom high school Mean Girls story, taking only some names of characters in the book the title.  After thinking it through I realized that had I not read the book, going in I probably would have given the movie a higher rating.  As a movie and not as a book adaptation (there it gets a huge F in my book), objectively I’d give it a 3.

The actors who played the characters were good. Mae Whitman, who played Bianca, was a good choice.  The movie changed many of the characters blending back stories, making complex characters fit into even little stereotypes and cutting out the main plot meat and bones, they even added a new character, a total mean girl villain to the plot.  Because the plot of the book wasn’t good enough apparently.  The story is no longer about growing as a person and accepting things but about being told by someone you’re the duff and suddenly getting a makeover!  Because a makeover will change your life.  And if it doesn’t being coached by the failing jock/man whore (because he can’t be smart and a jock and she has to have something to trade for his coaching) will.  Why make everyone a stereotype?  Why not make them complex and tell a more original story. 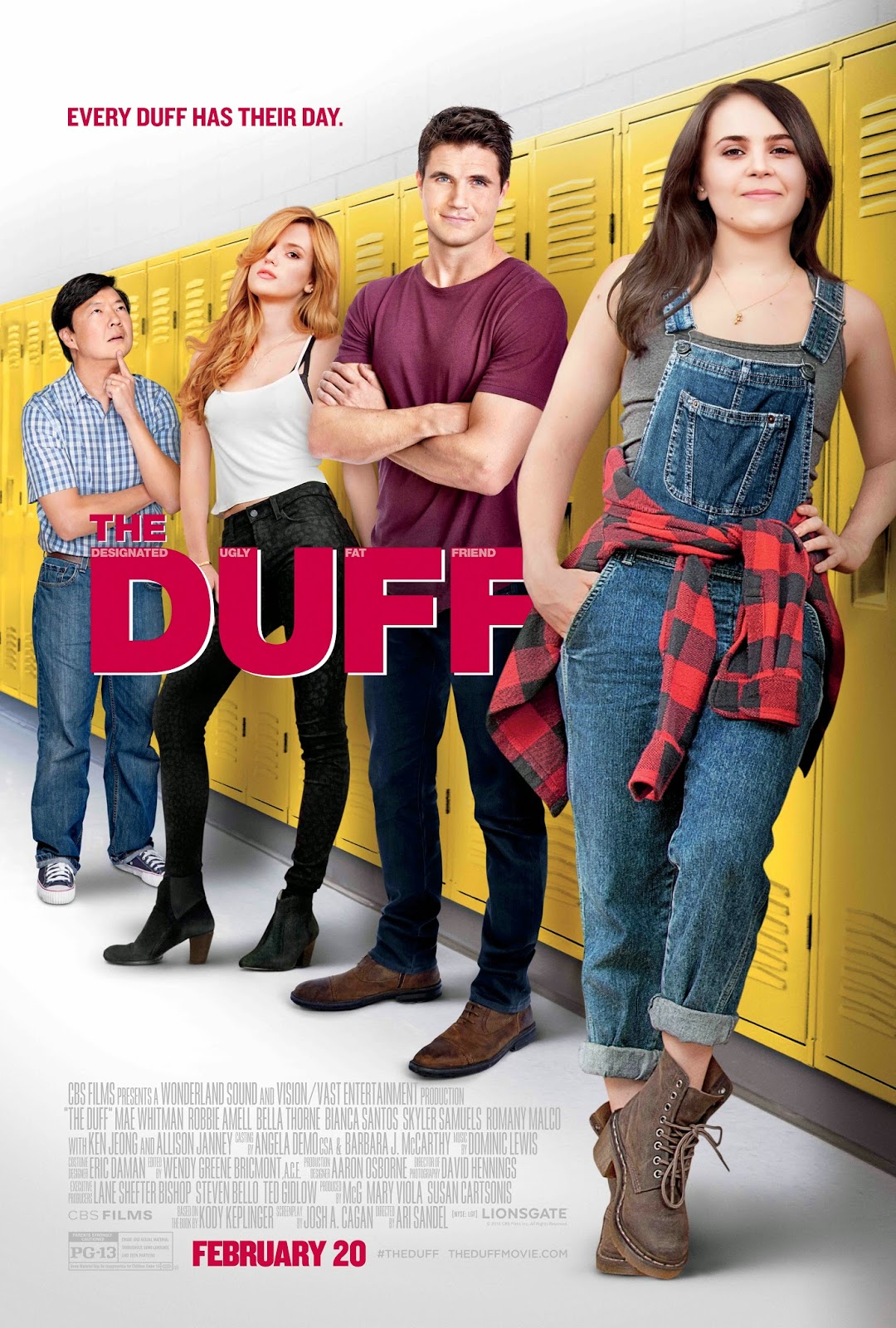 My recommendation is going to be a bit of a shock.  If you haven’t picked up the book yet and were wanting to read and watch, watch the movie first.  I think if I had seen the movie first I would have found it a cute and yes cheesy comedy but overall a good time.  Having been expecting something much more, I wasn’t able to really enjoy the humor instead of feeling it mocked the book I enjoyed.  If you have already read the book and enjoyed it then try not to think of it as an adaptation.  Recap:  The Movie was the DUFF of the pair.