The Culling by J.C. Andrijeski 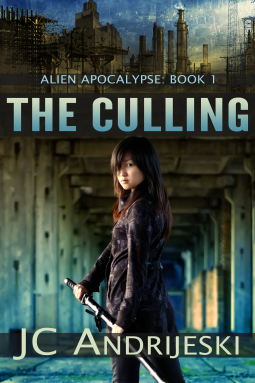 Hello again!  It's a bit later than intended but I had a bit of a power issue before work due to the storm and no power means no internet.  Anyways I'm back today with a review for The Culling by J.C. Andrijeski thanks to NetGalley.  Now this book is not an ARC it is a re-release and the next two books in the series are already out.

This is about 19 year old Jet, a skag, a human living free on Earth.  Yes Earth was taken over by an invasion of creatures called Nirreth and they allow humans to live in their cities but they are slaves so to be free you are always on the lookout.  Being outside the cities of the Nirreth is dangerous, not just awaiting capture by the culler ships but the Earth is not the same and resources are hard to find and so many things are toxic.  Jet is out trying to barter supplies when the unthinkable happens, she is taken by the culler ship.  No one knows what happens when you are taken, just that no one ever returns.
This story was pretty short and was a quick read.  I finished it in one sitting.  It was an interesting concept and let's face it a bad ass looking chick on the cover with a samurai sword looked pretty cool.  I had a flash of Walking Dead for a minute.  Then add in aliens and the makings for a good invasion/fight back story and I'm all for it.

You dive right into the world and you see what it has become and honestly it’s a future that is pretty bleak but still you see it from Jet's perspective and despite everything she is free and that is all that matters.  She is a good mix of strong, stubborn, and witty but she also has her moments which may cause more trouble down the line.  She is forced to confront her ideas and really lack of knowledge of the Nirreth and their ways in this new life of hers.  Also it brings up some interesting ideas, if you could be drugged into being compliant/numb would that be better to blindly serve or would you rather be aware of the servitude that you found yourself in? 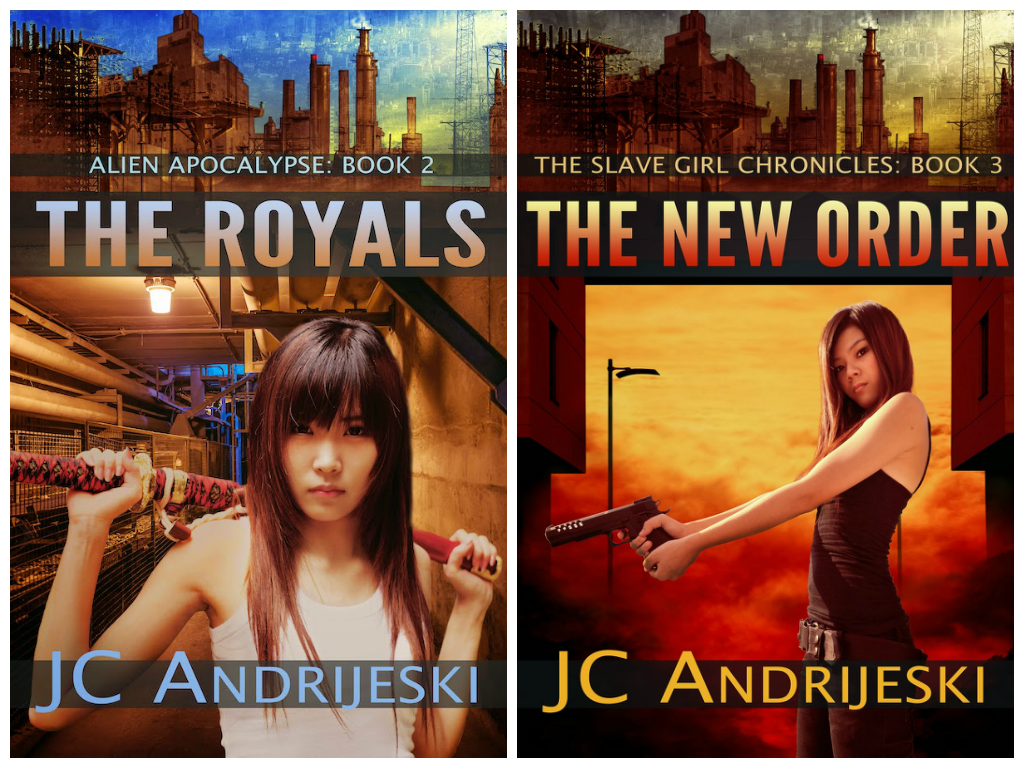 This is a quick sci-fi/dystopian read to lose yourself in for a little while.  I give it a solid 4 swords.  As I mentioned this is a re-release and the next two books in the series, The Royals and The New Order are already on sale and I look forward to reading them and figuring out what happens to Jet next.  How she adapts to being a slave.  As a note I see that the books have two different series titles "Slave Girl Chronicles" and "Alien Apocalypse" but they are all the same, I believe the series name was changing, but rest assured it's the same series.
Posted by Eve at 7:03 PM