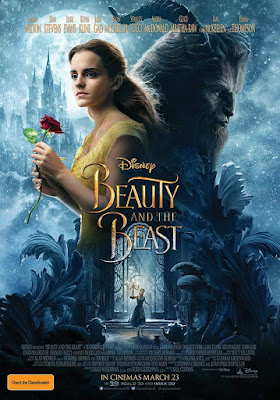 Hello again happy readers!  So as I mentioned earlier today I went and saw the live action Beauty & the Beast in theaters this weekend with a large group of my friends.  We were all huge fans of the original movie and most had just re-watched the cartoon the week of (or me the day of) to make sure we were in the spirit.  So now I’d like to share my thoughts about the movie.

I LOVED IT!  It was so close to the original it that it was impossible not to love it and think of my childhood.  It gave me all the feels and warm moments even making me tear up in parts.  So much was similar and I loved this movie on its own but also for breathing new life into my beloved childhood movie I still regularly watch as an adult for a new generation.  The visuals were stunning, the detail in all of the animated characters was impeccable, and seriously Lumiere and Cogsworth were so grand and regal while Mrs. Potts and Chip were so artfully delicate.  The movie was a feast for the eyes for sure.  It was one of the best live action movies I've seen in a while with the blend of animation/CGI that is so well done it look real.  I could almost imagine seeing the cast as a clock and tea pot moving around and looking like they were really doing so right in front of me. 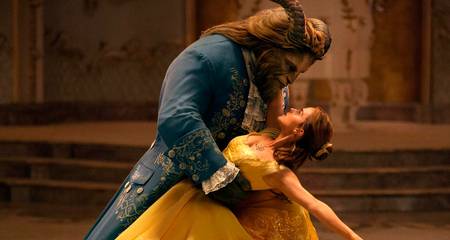 While it was close it also added more items in, answered some questions we had from the original that as children we didn’t really think to ask but as adults we did wonder about.   It also added more depth to the story in making the Beast more articulate and able to really converse with Belle and really challenge her intelligence in a way that made them fit even more.  She didn’t teach him to read but instead they discussed books.  None of the changes they made were so large or invasive that it changed the story but they seem so natural it’s like they were always supposed to be that way.  It also gave it such depth.  The only thing I wished they had added was that they never once mention the Beasts real name, which is Adam by the way.  I didn’t learn that was his name until a couple years ago when I took some quiz and he was my Disney prince.  My friends found it humorous that my favorite prince had been the Beast and as my name is Eve made them all cackle. 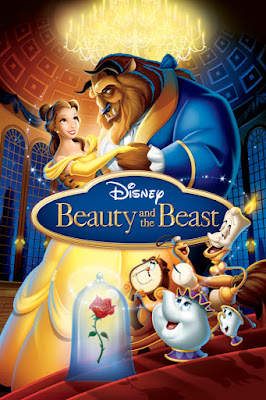 My friends and I were some of the many who sang along to most of the movie with only slight hiccups where the trimming from what I was used to was off just a bit but we adjusted and kept on going.  It was so much fun I’m surprised I don’t have a bruise on my arm from my friend constantly hitting my arm with excitement as something happened or was about to happen.  There were also jokes in there that fit the story and ironically some hit close to home with the radical and odd weather.  It was a great time for all of us and everyone I saw coming out was in love.  Yes there were a couple of fun animated moments I would have liked to see that didn’t make it were very few to be sure.  As for the "gay scene" that people are protesting...my friends and I couldn't even figure out where it was.  It was so faint and let's be honest seeing the original again even as a teenager I knew LeFou was gay so nothing seemed different to me.
I can’t wait to see the movie again and I will be right in line to get it on DVD/Blu-Ray for sure so I can put it on all the time.  I can’t say again how much I adored this movie both as remaking one of my beloved movies but also as a movie that can stand on its own.  I highly recommend everyone to see this movie both adult and child it is truly something everyone can enjoy!