First things first my giveaway for a SIGNED copy of Warcross (Warcross #1) by Marie Lu is on its last day so swing by to check it out!  So in the last couple months I have been seeing tons of movies again, more than before really thanks to my pass.  That said I miss doing my movie marathon wrap-up posts so I have decided to start posting again.  Now I’m still figuring out how this will fit into my normal posting schedule but I would like to add it in.  We shall see how it goes.  Let me know your thoughts in the comments below for sure.  So these are all the movies I’ve seen since January 1, 2018: 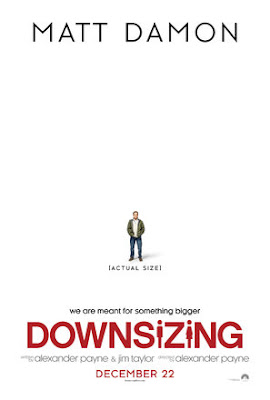 Downsizing:  4 Stars
Downsizing looked like a hilarious type of movie where you can take a low middle class life and turn it into the mega life you always dreamed of by shrinking yourself.  The trailer looked pretty funny and I was curious to see what the story would be about.  That said while the movie did have lots of funny moments it wasn’t a comedy.  The film for me was more of a take on not only the environmental crisis we are in but social and economic class issues.  It had its impactful parts and lots of comedy sprinkled in there as well.  It was a movie I am glad I saw and did enjoy it but it’s not the type of movie I could watch over and over again. 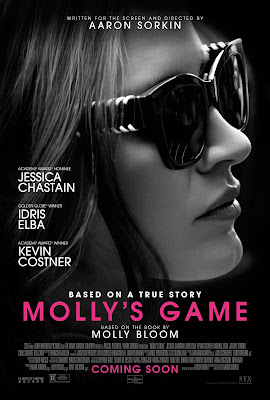 Molly’s Game:  5 Stars
Jessica Chastain really delivered in this.  I just say the trailer and it made me want to see this movie and hear the story of Molly Bloom.  We join Molly as she searches for a lawyer to fight the charges against her.  We learn her story from the start and why we should be on her side.  The story is complex and intriguing but the performances really deliver.  It was a full meaty story told in a fast pace that really kept you on your toes.  It also had some serious emotional moments that caught me off guard.  Even knowing the story and how it ends I can still watch this and enjoy it again. 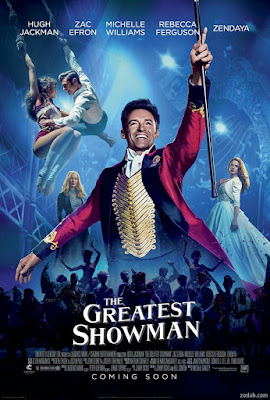 The Greatest Showman:  5 Stars
A musical.  I have a hit or miss relationship with musicals.  I think it’s the mood.  I went in a bit uncertain about this one.  As with any the trailer looked good, the cast was full of those I enjoy, but I was leery.  Still I wanted to give it a fair shot and when I came out all I wanted was to go home get online and order the soundtrack and replay the movie.  This one caught me by surprise.  From a movie I wanted to see but only just so to one of my favorites.  The music.  The visuals.  The story.  It all just blew me away.  I was tapping my feet and trying to hum along to the whole movie.  I got super into it and even got teary eyed at more than one part.  This is a very touching story that I think anyone can enjoy.  And while I adore the soundtrack it is a full on musical with exposition told in verse so listening to it first may give away the story and should be savored and not spoiled.  I can’t wait to get this on DVD. 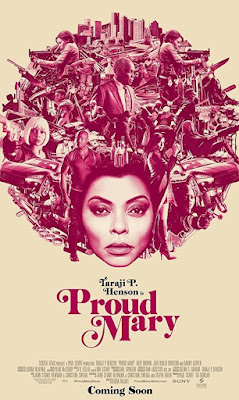 Proud Mary:  4 Stars
This movie intrigued me as it was about a bad ass female character who takes care of business and the trailer was awesome.  I didn’t know all the details just that Mary was someone who wasn’t a copy but could handle her business and she is protecting a kid and there was action galore.  I was sold there.  I enjoy the actress Taraji P. Henderson and she did a good job with the roll giving the character some emotional moments for sure.  Still this movie was more for me action and violence and I was okay with it.  Things were a bit different than I expected going in but I enjoyed my time in the movie and the action was on point.  I know if I was ever in a bind I would love to have Mary on my side! 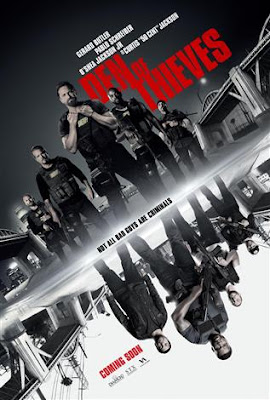 Den of Thieves: 4 Stars
The movie is a rough adult version of cops and robbers.  It’s what the trailer depicts.  Lots of violence and bad behavior.  I enjoyed it for what it was and I liked that we got to see things from both sides.  Both sides of this were flawed, the cops had issues and the thieves weren’t evil.  I enjoy stories that show a lot of grey as not much is so easily right or wrong.  I like when I can root for the bad guy to both succeed and be captured because either way I win. 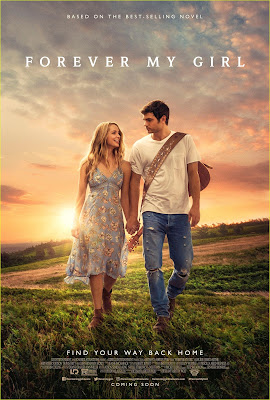 Forever My Girl:  4.5 Stars
This is a super sweet romantic movie about love and fixing mistakes of the past.  It was very predictable and I knew what would happen before it did but I went in for a cute time and got just what I expected.  The trailer tells you everything you need to know.  If you enjoy the Nicholas Sparks movies then you will enjoy this.  Romantic and sweet but with some comedy layered in to balance out the hard hitting scenes that touch on a deeper issue. 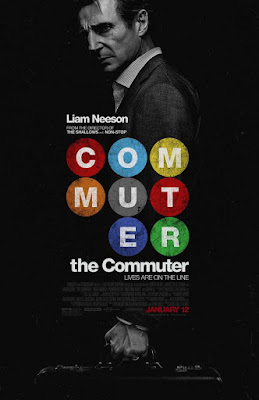 The Commuter:  4 Stars
This reminded me of a cross between Non-Stop and Eagle Eye both movies of which I really enjoyed.  The story is fast paced and keeps moving along with the intrigue and figuring things out.  I had it pegged from the start but that didn’t stop my enjoyment of it by any means.  I enjoy Liam Neeson in his action rolls enjoying that he can add in the emotional depth to the character and make it seem very personal.  It was a good time and I enjoyed myself so that’s really what counts for me.  I can easily see this being a movie I could put on and enjoy again. 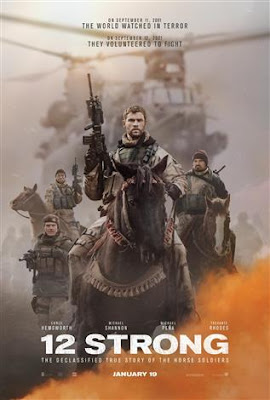 12 Strong: 4 Stars
I went into this thinking it would be an interesting movie based on the trailer and a co-workers recommendation. I am hit or miss with war movies but I liked the underdog type vibe I got from it plus some of the actors I really enjoy.  I did go into this a bit annoyed as I had originally left my cozy reading nook with the intent to see the advanced day showing of The Death Cure but the website or the computers at the window whichever I was told it wasn’t showing that night.  Already there this was the only thing with a time slot I could catch so while it wasn’t what I wanted to see I still tried to keep an open mind.  I was rather surprised by the movie and how much I enjoyed it.  I could watch it again if it were on but I don’t have the urge to purchase it myself. 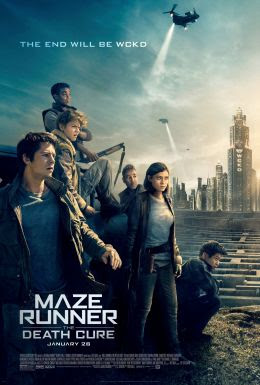 The Death Cure:  5 Stars
Okay so I know this is a book to movie adaptation and I would normally give it a full review on its own but I don’t remember the book that well.  I thought about re-reading it but after re-watching the previous movies I realized that the second movie jumped way off track from the books that it would be better to focus on the movie as a movie.  Now from what I did remember they kept several things, even one thing in particular I hoped they might change given they were making changes, still as a movie I really enjoyed it.  There was a ton of action it pulls you in from the start and you want to fight with them and help save the kids and take down WCKD.  It was also a great end to the movie series as a whole and I found it very filling.  I look forward to seeing it again and getting my copy for the shelf!

So having typed all these up I am thinking I may make this a bi-weekly post rather than monthly.  These are the movies I have seen this month and I have plans to see so many more in the future!  What are some movies you’ve loved recently or are looking forward to see?