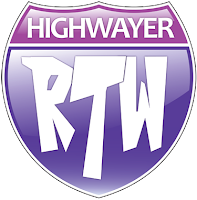 If you couldn't use your own name, what would your pseudonym or penname be?

I have read some amazing answers so far on this and let me say I to have thought about this.  Mine is for a multitude of reasons.  So my name is Eve Langell.  Eve is okay but come on I hated it growing up, I’m a little more accepting of it now, but a blonde child named Eve.  Yes I got tons of dumb blond jokes (funny at one point I had a 4.0) and Where’s Adam…even at one point some ‘why don’t you rap for us?’ ones which as I’m as white as a sheet and musically untalented was slightly more annoying.  My landlord to this day still calls me ‘The Mother  of All Living’ whenever he sees me and even says M.O.A.L. in texts.  Yeah that’s fun, he’s nice but it gets oh so old.

Then you move onto my last name, Langell.  Pronounced Lang-gull.  It’s German and I’ve only met a handful of people who’ve said it right on the first try and guess what they were German exchange students back in high school.  So anyways the name is hard to pronounce and when I become a published author it’d be great if they knew my name but using a pseudonym could make it easier.  Plus that way if no one really knows me then I don’t have to worry about protecting the guilty…I mean innocent.

So if I had to pick a name.  I could spend all day picking first names to use, I have a fascination with them really.  It’s horrible.  Probably my top two picks would be Kayla or Chloe.  As for the last name even though my mother and I aren’t particularly close her maiden name of Blair has a nice ring to it.  So how does that sound?  Kayla Blair?  Chloe Blair?  Or maybe I’d keep my first name and starve off some of the confusion Eve M. Blair?  I through in my middle initial for POW (*wink *wink*).

I have lots of time to consider as I haven’t finished my first draft yet but it’s fun to thinking ahead and to the future.  So tell me what is your pseudonym?  What do you think of mine?  Let me know.
Posted by Eve at 12:36 PM