Okay so as you guys will remember, it was only last week that I reviewed Grimnirs Book 2.5 in the Runes series by Ednah Walters.  Now Seeress Book 3 was released April 28th.  I ordered it that same day and read it pretty quickly but the last few days have been pretty swamped.

Anyways I am excited to share my thoughts on Seeress.  Be warned though this review will contain spoilers from the previous 3 books so read on at your own risk. 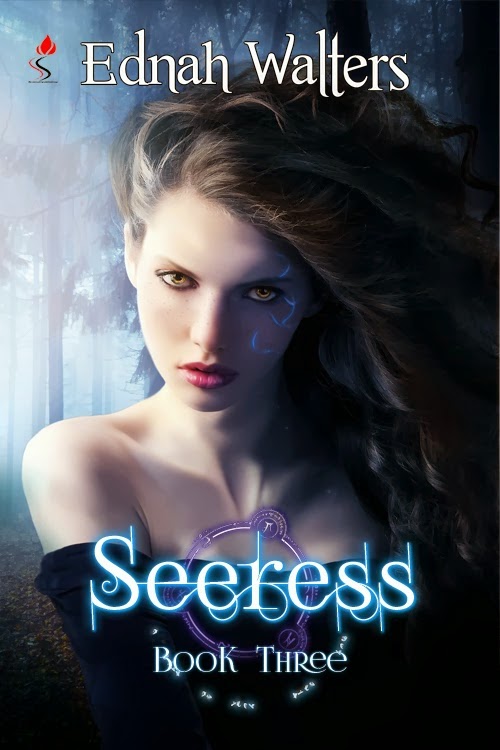 In this book we go back to Raine, where in Grimnirs we got a switch to Cora's POV and I admit I was curious if that would continue or even a swap back and forth kind of deal.  No we stick with Raine which I don't mind at all, but I do hope to get more of Cora's POV in the future knowing how much I enjoyed it.  Where was I?  Oh yes I was back with Raine Cooper who is a complicated girl who is pretty much sure of a few things in life, that she loves Torin (then again who wouldn't), and she is a powerful seeress, even if she doesn't know what that means yet.  She is still training but with things spinning around a mile a minute to say her life is chaotic is an understatement.  Her mother is sequestered, her father is dying, her best friend Erick is in Hel, she's a seeress without visions, then when they come they are all messed up, who's a girl to talk to?
What do you do when your visions are so disturbing and they try to make you doubt the only things you are sure of in your crazy world?  She finally finds someone who is able to help clear things up but Torin forbids her from seeing them.  Can their love survive without answers or trust?

Now as with the rest of the books we have the characters we've come to love.  Raine is still the girl we met in the first book but she has grown with the series thus far, I mean she kind of had to with everything she'd been through.  It feels like a natural development.  She is still confused and unsure of so many things, and I find that refreshing.  Having power and knowing how and when to use it are very different things.  Then there is her relationship with Torin.  If you remember I wrote how much I loved his dark tortured soul.  He is horribly flawed but still good.  He's a good guy but he's kind of an ass.  He does things, all be it for the right reasons, but he is a jerk about it.  He is overpowering, manipulative, and dominating, all of which could have turned me completely off from him as a character if it wasn't balanced with his sweet heart and his clear cut reasons why he thought it was the best solution.  This could have also turned me away from Raine, giving into someone who is going to demand you do as they say, not hot.  Raine calls him on his crap.  She fights back but she also knows when to pick her battles.  And I give her credit, she gets upset but she isn't as rash as I might be.  I'm just saying, someone tells me they won't allow me to do something, that just makes me want to do it all the more and probably will just to prove no one allows me to do anything.  Yeah, I'm working on my own issues of adjusting/compromising.

We also get to see more into the world of the others.  The Valkyries have been around for a long time, some coming from different areas and different reigns.  We got a bit more depth and back story into some of the others which I liked.  Also we learn more about our the other types of magic can exist in this world with everything else.  I liked learning about the witches also, a whole other community.  I also enjoy that even as they are preparing and dealing with so much major stuff they still deal with the normal teenage things that help ground them, TV marathons, sleepovers, double dates, high school gossip and an after school job.  What can be more grounding than something simple.

Overall I really liked the newest book in the series and can't wait for me, keeping fingers crossed for more from Cora's POV also.  There is so much brewing all waiting for Ragnarök and I can see many more juicy stories coming out of this before the end. 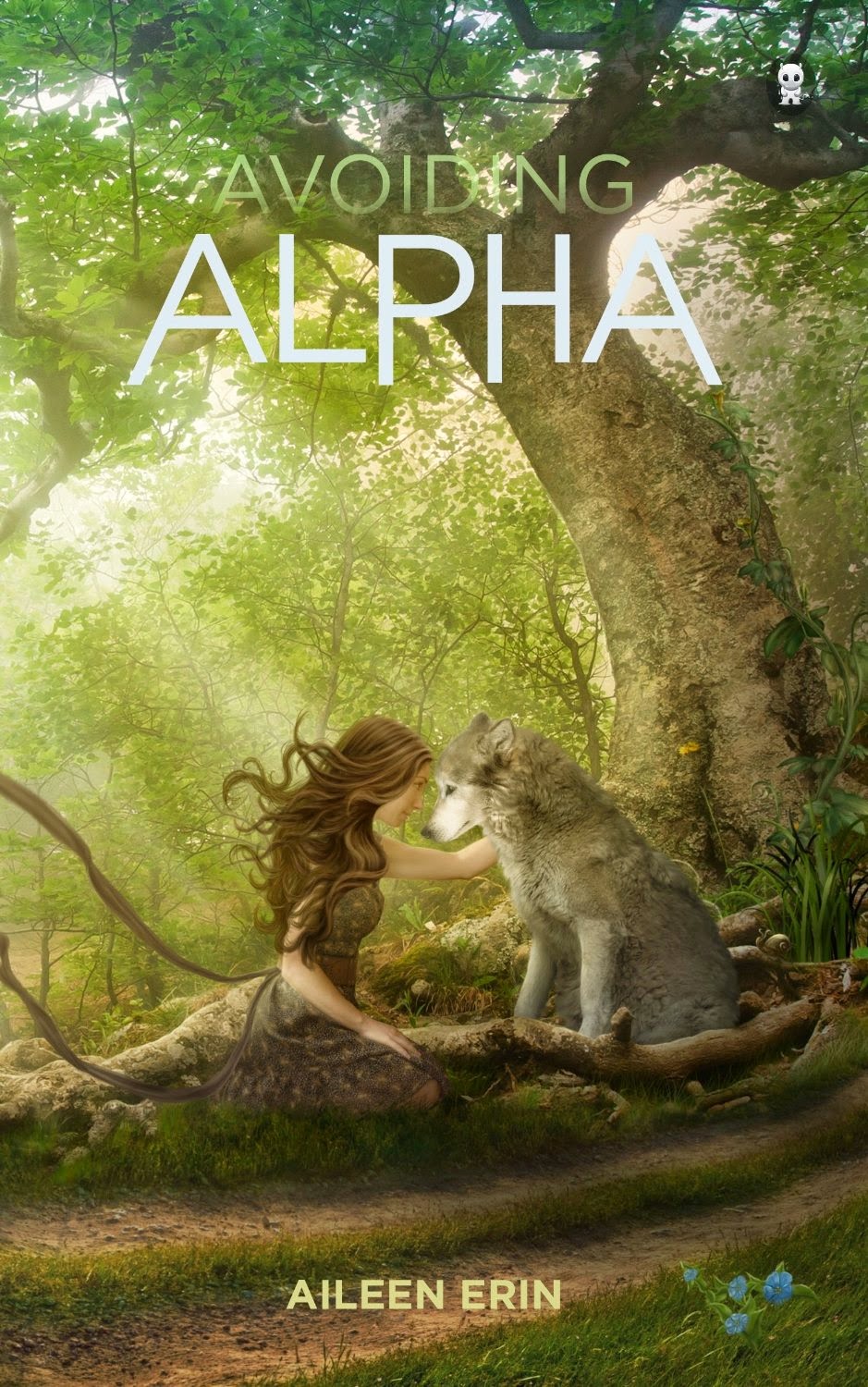 Keeping with my productivity, I have a few more ARC's that I'm excited about.  Two of which come out on the same day, and I only got them 6 days in advance, so the review won't be too advanced haha.  I have finished 1, Avoiding Alpha, by Aileen Erin sequel to Becoming Alpha which I previously reviewed here.  Also don't forget to scroll back, my authorinterview with Colette Ballard and giveaway is still up until Saturday so get your entries in.

Also as a side note, I was recently having problems with the comments, people commenting but they never show up.  I contacted tech support and they have advised it was the way the comment field was set up, I had the default used for display and only made adjustments to let everyone post without having to have an account because that can scare people away and I don't want that!  So if you were one of the people who tried to post and it didn't show up, I'm sorry I missed it and I think everything is back in order now!