How I came to read Fifty Shades

I have been debating whether or not I was going to write a blog post about the Fifty Shades trilogy pretty much since I finished it back at the start of August.  I have decided to do it, clearly, but for several reasons mostly because of how I came to read them.  Now this series, classified as erotica, is going to clearly have a more adult theme so be warned on that. 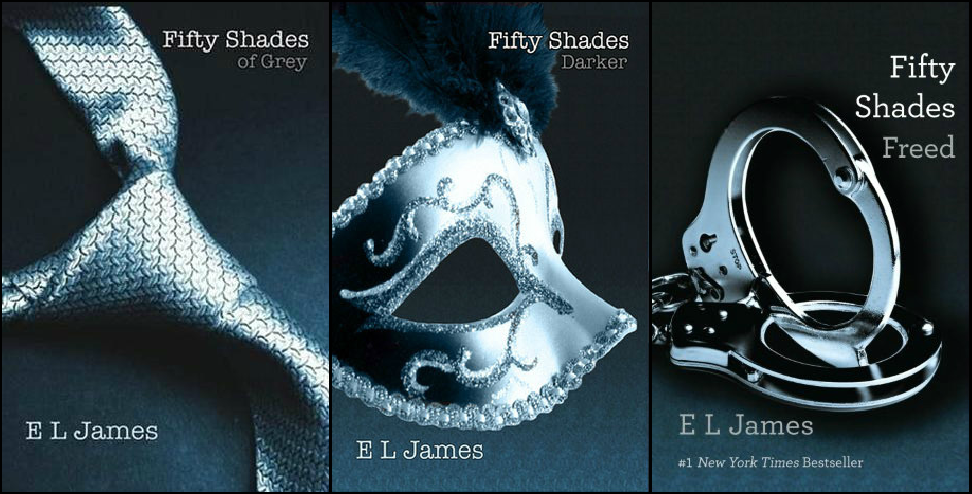 For the longest time I was unaware of this series in any capacity.  I only found out about it from a friend, SL, when I mentioned the name of my latest fanfiction is titled Shades of Gray given that the plot has lots of different sub plots melding together but overall nothing is really cut and dry, black or white, everything is more in the middle, in the gray.  I was actually watching an old La Femme Nikita episode when I came up with the title and I was proud of myself thank you very much.  Well said friend was over I mentioned it as I was all excited and she wanted to show me something hilarious; two reviews of a book on Amazon.  She explained the idea of the books in a horrible fashion and I realized I had heard of them, from another friend who loved them but I hadn't caught the name before.  The reviews were horrible but there was such humor in them they were great.  The subject matter of the books didn't seem like anything I would ever consider reading much less enjoying.   See as my good friend, SL knows and we have differing opinions I'm not normally down for time period pieces or anything in which the female character is treated like property or as less than a man.  I have strong opinions in that way, blame my mom.  So a story that it's premise was initially described to me as one of a girl who falls for a guy who wants to be her dominate; make her submissive to him in all things wasn't my cup of tea and I couldn’t imagine myself liking either character. 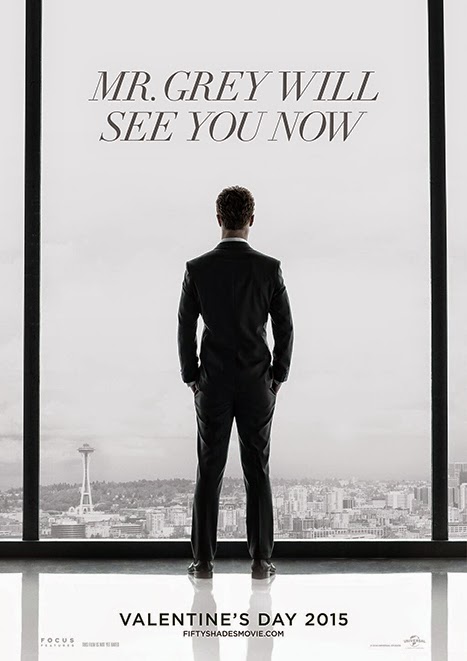 After this fun night of chatting and laughing and such it seemed like everywhere I went I heard something about this series.  Fifty Shades of Grey this or that.  Then I made the connection that it was the series another friend enjoyed and wanted me to read.  Normally we recommend books back and forth and I trust her but she wasn't as aware of my issues with domineering male characters and my extreme dislike of them in general, *cough* sexist chauvinistic pigs *cough* .  Any who I told her as such and she tried to explain it wasn't like that and I would enjoy them if I gave it a chance but I can be a bit stubborn.  Okay maybe more than a little but I admit it and own the fact.  When movie news was announced she was excited and as we do all the book to movie showings together I did say I'd go see it with her even if I refused to read the books, movies are easier to get over things like that.  I think it’s the time I have to dedicate to it, two hours fine, if I spend hours reading and hate a character I'm pissed.
Well fast forward to the release of the theatrical trailer for the movie.  I had heard that the guy who played the Sheriff/Huntsman in the first season of Once Upon A Time, Jamie Dornan, was going to be the lead male, Mr. Grey, and I admit I adored him in the show so was kinda excited to see him in something else.  Well I watched the trailer thinking I'd get an idea as to what I'd be in for, how cheesy it would be was my thinking.  I was blown away.  First, Kudos to whoever made the trailer.  It have enough to get an idea of the story, for those like myself who had a different idea, with a good flow and great visual moments that was tired and paced perfectly with the music in the background.  I had to watch it again, floored that this could be the same book that I judged to be so horrible before evening really looking it up for myself.  Then I spent over an hour trying to find the song, the special Beyonce remix of Crazy in Love with no luck.

Color me fifty shades of surprised.  Hehe couldn’t help myself there.  I messaged my friend who loved the books and asked if the trailer was a good representation of the story, intrigued but leery.  She said it was and again that I should give it a chance.  I agreed to give it a try.  I got the first book digitally and started to read not expecting too much as I still had those reviews and all the jokes in my head.  That quickly faded.  It's not great literature.  It reminded me of several stories and plots I had read before with little changes here and there but I shockingly enjoyed it.  It wasn’t what I had been expecting at all.  Sure I saw several of the things it was made fun of for, it was cheesy, grammar was a bit of an issue as was the clear British-isms, but I was okay with it.  And…big shocker I didn't despise Christian Grey from the start, I actually liked him.  He had a reason for being the way he is and he was blatantly honest and up front about it.  I finished it and quickly read through the next two books in the series.


I give the series 4 Stars overall in my opinion.  It has its issues and it is so not for everyone, not that the sex is so crazy out there compared to some things in books/TV/movies and not as bad as I thought it would be.  Again it gets high points for me for surprising me and being substantially better than I thought.  I learned a valuable lesson with it as well.  Don't judge a book by the hype good or bad.  Figure out what it's about from the source and not from a negative opinion, make your own opinion.  So my recommendation for this book is to ignore everything you’ve heard about it thus far.  Read the description of the book and even watch the trailer, which I adore even more now that I have read the books and can pick out the scenes, and make up your mind from there.  If you are a grammar Nazi or you don't like romance novel like explicit sexual scenes than I don’t think you'll be able to make it through this book on that alone.  If you just want an easy read with some witty banter, even if laughable or unbelievable at times, and some sexy goodness then give it a try.  For me I more enjoyed the back and forth between Mr. Grey and Anastasia.  I look forward to the movie and seeing if its half as good as the trailer.  Also side note, I still want that song.
Posted by Eve at 12:59 PM