Hello happy movie fans!    Sorry I've been a bit MIA I went out of town for a few days last week as mentioned and when I got back I spent the day getting stuff done I avoided while gone, of course.  Anywho then somehow picked up some type of 24 hr bug that took me out of commission for a couple days and just got back into things yesterday though it did get my days all mixed up.  I also remembered with my schedule swap I would be posting my movie corner on the Thursdays I'm off rather than working so whoops that's why it's late I just got back from a movie and realized I should have posted today.  Bright side another movie was added in so win!  So here is what I’ve seen the last two weeks: 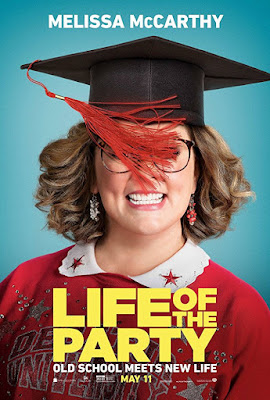 Life of the Party:  5 Stars
The trailers had me laughing so hard it hurt and that is pretty much this movie.  There are tons of "embarrassed for them" moments to keep you cringe laughing as well as straight up comedy.  I love Melissa McCarthy and she is amazing in this and it gives a great empowering story while being hilarious at the same time.  It was amazing fun and I can't wait to see it again. 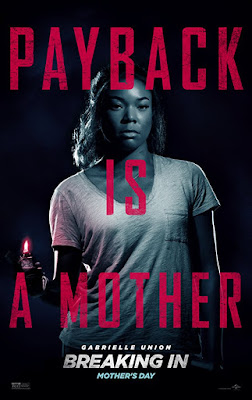 Breaking In:  5 Stars
The only non comedy I saw this go around.  This one looked interesting and it has some people I like so I was in.  The concept was fun and while there were a couple moments where I was yelling don't do the stupid thing you just did because it's a scary/suspense movie, I give it credit that it had a purpose and circled back to almost every single one of them which really brought me up.  It picked up right from the start and kept going. 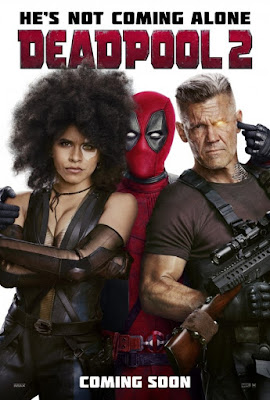 Deadpool 2:  5 Stars
Okay so everyone knows the first Deadpool was hilarious.  This was much the same we pick up with our favorite foul mouthed friend who is up to his old tricks.  He always has a joke or crack and the death and mayhem are incredible.  I enjoyed myself from start to end and laughed so hard it hurt on several occasions as did most of the theatre I was in.  I managed to see it with a few friends and of course look forward to seeing it again because, so much stuff.  Also for those who don't know…never leave during the credits!!! DUH! 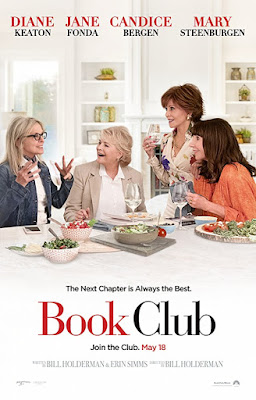 Book Club:  5 Stars
So an added edition to this post as I got my Thursdays mixed up.  This movie sounded hilarious from the first trailer I saw.  I love the cast, these ladies are amazing on their own, but you add in them spicing up book club reading Fifty Shades of Grey which I also read and enjoyed and how they take it well it just brought tons of laughs.  Each of these ladies has their own story living their own lives and this book makes them think of something in a new light sure but more than that I love that it's a story about women who have stayed so close for so long.  Staying connected and being there for one another still as snaky and hilarious as my friends and I which I can only hope we hold onto our personality/attitudes as long!  I laughed so hard I almost chocked on my water at one point (theme of this post it seems) and I loved it.   Side note, while I had read the books in question it is not necessary to know the book to enjoy the jokes in the movie they are very obvious and anyone who has ever heard of Fifty Shades will get them.

I saw some amazing movies so score for me!  I really loved my time there and 3 of the 4 had me laughing so hard it hurt through most of them which I think also counts as a work out so double win!  What movies have you seen recently?  What should I see?  This week the only one I know that comes out is Solo but I've never seen a Star Wars movie (thus far) so not sure if this will be my first movie into the world or not I'm waiting on a super fan friend to see it and advise his expert thoughts.  Later!