Okay it’s been a little while since I’ve done a movie day but here it is.  Only three this time as well my partner in crime had to work the next morning early so had to call it an early night.  Anyways here are my thoughts on the movies we saw. 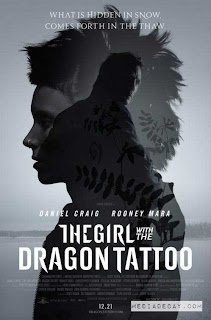 First we saw The Girl with the Dragon Tattoo.  Now this movie is rated R for a whole lot of reasons and not a movie for children.  I have not read the book trilogy that this series is based on but a friend of mine has and talked about the Swedish movie trilogy a year ago or so.  I found them on Netflix and watched them, apart from having to read the whole thing (as they were in Swedish go figure) I found them shocking, sadistic, and very dark.  The new version (American) is still all those things but they did turn down some things which I am perfectly okay with.
The story is intriguing.  A journalist, Mikael, is shamed for publishing unsubstantiated truths about a very powerful man and is tried and loses.  He has nothing going for him at the moment and is approached by a wealthy man, Henrik.  Henrik wishes Mikael to use his skills at finding clues to solve a mystery decades old.  What happened to Harriet?
Meanwhile we have Lisbeth who is a ward of the state, mentally incompetent and insane.  She is a hacker.  She can find anything and did the background on Mikael.  She has her own circumstances and issues that make you cringe and wonder how she survives but she keeps pushing and she gets even.  I’m not going to lie there is a part I can’t really discuss without giving it away but when you see it you’ll know it, and I just have to say I admire her tactic.
Anyways aside from the emergency alarm going off with 20 minutes left of the movie and them stopping it.  False alarm.  In case you were curious no one in my theatre got up when it happened we all were waiting for the movie to come back.  Yes I know that’s bad.  Aside from that hiccup and then re-watching five minutes of an already lengthy movie it was good.  I give it 4 stars.  Don’t go see this movie to give you an uplifting spirit, it’s dark in so many ways but very well done. 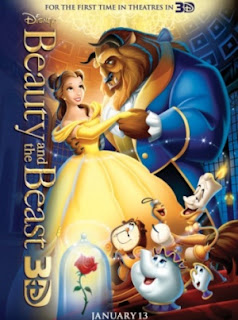 Next we saw what we really went to see.  Beauty & the Beast in 3D.  Yes my favorite movie to this day.  I’m a huge Disney fan and that was my first movie I ever fell completely in love with as a child and to this day still love it.  Everyone knows this movie…if you don’t then I have no idea what to do with you.
We say the movie in 3D which was kinda nifty.  It wasn’t amazing 3D but I was more enthralled with the movie itself than the 3D effects.  We sang to every song, don’t worry it was in tune and quietly enough we didn’t disturb any of the other viewers.  Which was a surprise in and of itself.  We expected a bunch of kids but the audience was full of grown adults with a handful of kids.  Anyways not much to say accept seeing my favorite movie on a huge screen was amazing.  I give it 5 stars, of course.  It really is a tale as old as time. 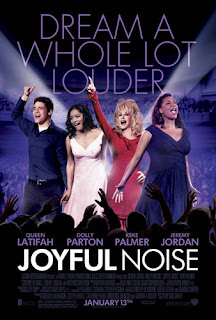 Last we say Joyful Noise.  Now this wasn’t the intended movie but given unforeseen complications it was the backup plan.  You may not know readers but I’m non-religious, I won’t go into much religious debates with anyone so don’t worry but saying that I also don’t care much for county or gospel music.  Yes a movie about the south with country star Dolly Parton and about a choir…yes.
That aside I did want to see it.  It looked cute in the previews and worth seeing.  The summary is a Georgia choir always makes it to regionals but never to nationals.  The town is struggling to stay above water, with the economy hitting the town hard.  It’s uplifting.  It has young love, music, accepting change, accepting who you are, and lots of other little light hearted things.
The movie was good.  I found it a bit long.  Part of it, musical numbers I found could have been cut or at least started then blended into another scene so as to move the story along at the same time rather than hold a long scene for a single song with nothing else happening in the scene.  A filler scene I would call it.  Aside from that I had no problems with the movie.  It made me laugh and smile.  I give it 4 stars, I’d call it a one time see.  Personally won’t be looking for it on DVD.