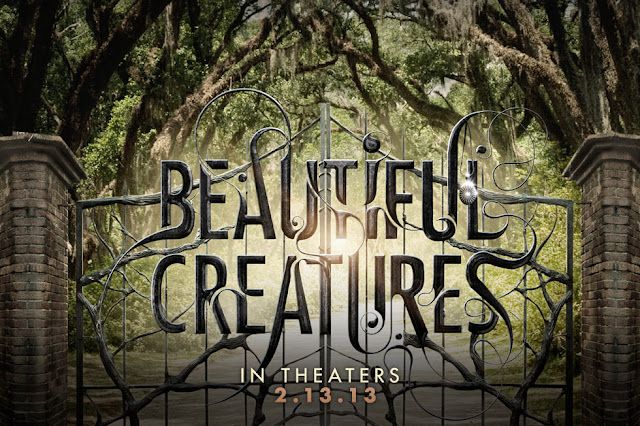 So if you remember back when I reviewed Pitch Perfect I first saw the trailer for this movie and was super excited.  I have driven so many people crazy listening to me go on and on about it.  I even took the 14th off so I could see this and Die Hard of course, but then I found out while on lunch on the 13th my local theatre is having a 10pm showing of it and I don’t get off till 11pm.  Yep I left early, that much of a nerd but really it was only an hour and a half early so no biggie.  I even made it there in time to see the 'first look' formerly and forever to me known as 'the 20'.

I was so excited I was practically bouncing in my seat as I waited through all the amazing previews.  Then it started.  Now I should also mention that in preparation for the movie I re-read the book from start to finish and had just finished it while on lunch the same day so it was FRESH.  So within the first 10 minutes of the movie the book was thrown out the window.  Now I didn’t expect it to be exactly the same by any means but every other movie at least stayed closer to the book.
I was shocked, hurt, and disappointed.  Here is the convoluted part though I liked the movie.  I'm a movie-aholic and a book worm.  I love the book and am horribly disappointed that the movie was not for me a very good adaptation but on the other hand if I think about it as simply a movie then I really enjoyed it.  So for me it was just looking at it without my adoration of the book.  It's a bit hard to do but as I've taken a week to process it I am feeling better about it. 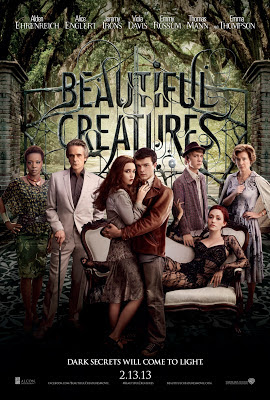 Real quick the reason it wasn't a good adaptation for me is that too much was different.  I don't just mean hair or eye colors were off.  I mean huge plot points that well frankly don't make any sense if you think about the series, there is no plot for the other books with this movie changes.  Now we didn't get to see as much of some people as we did in the book, which I expected to be cut down but they went so far as to even completely erase one character all together by combining Marian and Amma.  We did get to see more of Viola Davis with that and I like her and I think she did a great job but with the book now it doesn't make sense.

Now as a movie on its own as best as I can do I really enjoyed it.  The cast was wonderful.  I liked that they put relatively unknown people in the leading roles and much larger supporting cast with Jeremy Irons as reclusive Macon and as mentioned Viola Davis playing Amma, Emmy Rossum as the siren Riddley, and Emma Thompson as Mrs. Lincoln the crazy leader of the community with a few screws too tight.  Now the story does center around the unknowns but I didn't notice they weren't big names.  I really enjoyed them and not having seen them in anything else I also didn’t have any misconceptions of them they were completely Ethan and Lenna.  Also deserving quick mention is Ethan's best friend Link, who when I first found out about the movie didn’t know him but the week before I did see Hansel & Gretel:  Witch Hunters and he was in there also and worth mentioning as he didn’t get much screen time along with most of Lenna's family which was a shame as they were a huge part of the book but they each were memorable that’s for sure.
Everyone did a top notch job and the leads had good chemistry which for a romance story is, well I'd say rather important.  Now I've read a few reviews where people bash the southern accents being over the top and the depiction of the south and their beliefs.  Well living in a small south town with more churches than gas stations, places to eat, and red lights combined, though to be fair there were only 4 red lights in the county).  Where the first questions 85% of new people you meet ask are, "how long have you been here?", clearly they should have heard of you by now if you’ve stayed under the radar, "who are you related too?", they may know some family member by which they will then know if you are someone they like or dislike, and most importantly, "which church do you attend?" and that defines you.  At least until some other juicy tidbit comes along and they can add in there.  Not everyone is like that, I know I wasn’t and there were a lot of people who weren't but I'd feel confident 85% of the community was.  When I was let go of my old position and was interviewing for a new job with people I'd never met before they knew all about me and my experiences so of it so off the wall I fought hard not to laugh at them and this town was small but larger than Gatlin we did at least have a BK and a McD's.  So I myself found the depiction perfectly okay and even the accents, trust me I have heard so many, thankfully I didn’t pick it up (unless I'm talking to certain people then apparently my 'southern twang' can pick up).  Now I can't account for the reenactments I knew a few people who liked to dabble but it wasn't that much.  So just saying found all the 'unbelievable' comments a bit off. 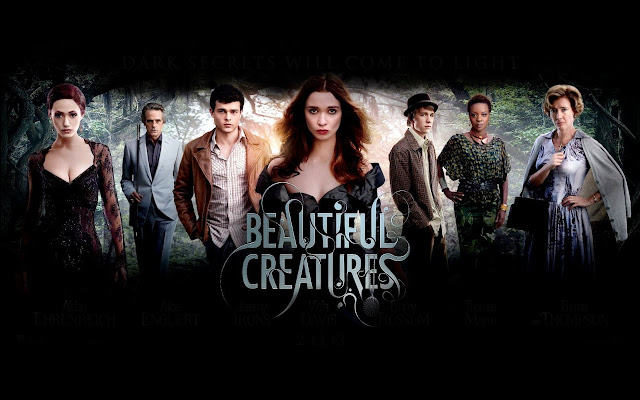 My by far favorite part of the whole movie were the visual effects.  The thing I did enjoy most about the book being brought to life was the house, the entrance that changed to suit their mood.  It was beautiful and I loved it.  The rest of the set designers were nice but the simplest things to the writing appearing and changing on different formats, lightning, spinning dining room, tornadoes  see through ceilings, everything was beautiful.  I wanted to be there.  It was a feast for the eyes.  I cannot begin to do it all justice so I will just say see it for yourself.

Even with my disappointment on the book worm side I really enjoyed this movie.  I give it 4 Caster Moons, because the book is a 5 and I know it had more potential.  I'm ready and willing to watch a sequel should they make one.  If you haven't read the books yet my reviews are here (thought I just realized I never reviewed the rest of the series...bad me), but I would suggest you watch the movie first and then read if you like the trailer or my thoughts.

So tell me what you think?  Did you like the movie or the book?  Thoughts on the changes.  Thoughts on movies being made from books we love.  Share below I've been dying to talk to someone about this without having to keep explaining things.
Posted by Eve at 6:04 PM