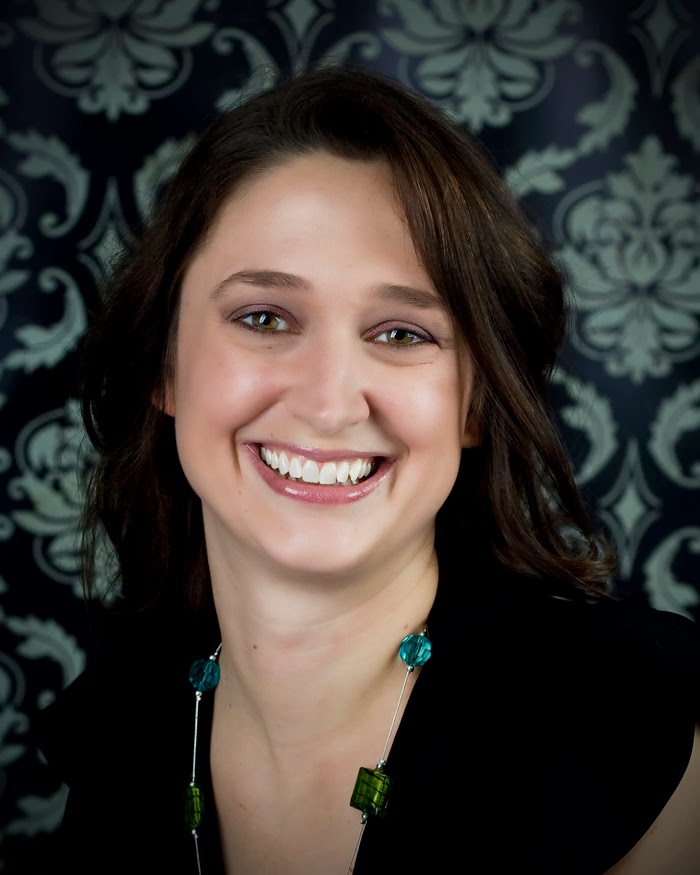 I mentioned at the end of my last review that my next post would be today, yes I was very specific about that which is abnormal for me, but this one is special.  A couple of posts back I did a cover reveal blog for an upcoming book, Shattered Secrets by Krystal Wade.  I got the pleasure of doing my very first author interview with the one and only Krystal Wade, herself.  She is a brilliant author and totally cool person on her facebook, who already has a trilogy under her belt and is promoting the release of her brand new story, out today, Shattered Secrets.
I have had the pleasure of getting to ready some pieces of this book so far, and as I post this I am downloading my e-book now to torment myself with while I am at work today.  Yes it is a slow kind of torture but I shall be home and reading in no time.  I fell in love with her series Wilde’s Fire, which recently got a cover make over, see below.  I’m conflicted as to which I like better because both sets are similar but different in a way that I find it hard choose.  So when I heard she was near putting out her newest book I was more than thrilled to read it, and the start of it…hold on tight.

First I have to say you know I adore your first trilogy, Wilde's Fire.  Having 3 books published, how has it changed your way?
Well, having three books (almost four) published has definitely changed my outlook. I used to want something out there RIGHT NOW. Now, I take a little more time, edit deeper, don’t rush into things.

So you have a new book coming out March 3rd, Shattered Secrets, so in your own words, what is this book about?
Shattered Secrets is about a young girl who’s been deceived her entire life. Everything’s been a lie, right down to her name. When she discovers the truth about these beings that influence human emotions—and that she’s one of them—she hates it and tries to run away to be with the only person she trusts. But problems follow wherever she goes, and until she learns to trust in herself, her life hangs on the line!

Shattered Secrets the title is interesting and as someone who struggles with a title for my own WIP, I wonder how you came up with it?
Err. Well. Umm. There was a lot of head scratching. Then I started playing around with what themes were in the story, like secrets being kept, and lies being told at every turn. And then I began thinking about how the main character overcame those things. She broke through the issues. She knocked down barriers. And broken things can sometimes be shattered? Err. Let me go with I DON’T KNOW?!

Is this a new idea or something you've been playing around with for a while?
The idea for Shattered Secrets actually came to me in 2011, right after I’d finished writing Wilde’s Fire. I wrote down a very rough opening scene, then jotted down some plot points, then proceeded to close the Word document that wouldn’t be opened again until late 2012. So, it’s kind of an old idea.

How do you get your ideas?  Do you start with an idea, a character, or some other random way?  What inspires you, for Shattered Secrets in particular?
Various things inspire me, whether it’s music, the clouds, trees, birds, videos I see on Facebook. Shattered Secrets came to me right after I read Shiver by Maggie Stiefvater (or one of those books). There was a scene where Maggie’s main characters go into a candy shop and close their eyes and smell chocolate and fall in love. That inspired me to actually write the opening scene of my book, where Derick and Abby first kiss—and then he proceeds to ignore her for three months. ;-) I’m evil. I know.

I love the Shiver trilogy!  I know just what scene you’re talking about, awe Sam and Grace, such a sweet love story.  Speaking of love, I feel the beginnings of a pretty great love story going on with Abigail and Derick.  Is there anything you can share without giving to many spoilers for us romantics?
Things won’t always be easy for them. They’re young and will make a lot of mistakes, but I’m hoping they always find a way to come back together. I hope. You never know.

In my WIP and my fanfiction, I have a tendency to cast my characters to some extent.  For my fanfic it's for my readers to be able to visualize better with me and for my story it helps me keep them solid and not constantly change little things here and there and be consistent.  Do you cast your characters, and if so who are our leading roles?  As a side note if you do and want to also share who you visualized as Arland ;)
For Derick Crawford, I chose Chace Crawford (yes, the last names are the same so that I could never forget the actor).  For Abigail Nichols, I chose Kaya Scodelario.  Will Banaan is Andrew Garfield, Megan Bartlow is Blake Lively. And for Arland from Wilde's Fire…well, that was Henry Cavill!

Do you have a favorite type of scene to write, and can you get an example from the book?  Romance, suspense, action, comedy, back story, heroes, villains, etc.
My favorite scenes are always action.  Where fear and fighting and lots of things going on are, you can bet that was my favorite!
Okay, here is a scene from one of the later chapters in Shattered Secrets.  This is the ONLY place I will share this.  And I hope you enjoy!

"Who wants to dance?"
Anything to break the attention away from the runaway status of me and Derick.
All three of them shot up, and we made our way to the deck. We danced, and we laughed, and we twirled, and we drank. Blue and red globe lights spun around and blurred in my vision, meshing with the sounds of bass and drums and guitars. People bounced beside me, giggling and singing, their half-naked bodies covered in water, sweat, and beer.
Derick jumped in the pool, fully clothed, and motioned for me to follow.
I shook my head.
"Go on, Abby!" Megan shouted from near the diving board.
"No way. I'm not wearing that bathing suit!"
Will broke away from her, ran over and pushed me in. "Live a little, gorgeous."
I sank into the chilly water, the blue light filtering through my eyelids, then kicked my way back to the surface, to the sounds of cheers.
Laughing, Derick swam to me. The depth of his blue eyes seemed endless, enchanting with the lights of the pool reflecting in them. "You look sexy."
"Oh yeah, I hear soggy is a great look." I wrapped my arms around his neck and my legs around his waist, ready to dunk him. "And now—"
The ground shook, and everything around us exploded into flames. Kids screamed and took off running toward the beach. The house burned, filling the sky with smoke, glass exploding from the heat.
"Derick?" I flailed, heart pounding, treading water and spinning in circles. "Derick!"
What the hell?
Where'd he go?
"Abby," he shouted above the chaos of screams and thunderous booms all around us, "I'm behind you, at the edge of the pool. Take my hand. We have to run."
"Run where?" I grabbed hold of him, and he pulled me to my feet.
Another rumble shook the concrete, cracking the pool in two.
He stared at the water cascading through the lawn, his eyes wide, panicked. "Anywhere."
"What's happening?"
An older man ran by us, hair disheveled, skin gray, screaming Will's name. Not angry, but afraid.
Flames licked the side of the house. I glanced to our left. Every house burned.
"I don't know, but let's follow him."
We ran down to the beach and found a crowd huddled around something. Derick squeezed through the people, keeping a tight hold on my hand, tethering me to him.
He broke through the last of the guys and girls, who didn't appear to notice us, and stopped.
Will and Megan lay on the sand.
Arms and legs sticking out at odd directions.
Covered in blood.
Dead.

My very only exclusive snippet.  Score!  And I have to say you sure do know how to tease us!  On the flip, what is your least favorite type of scene to write, and any example?
Hmm. Least favorite scene to write? I’m not sure I have one. Maybe kissing? I like kissing, but I don’t like to write too much description in it. And I never know what that line is that I don’t want to cross. So, maybe these scenes cause me the most confusion? I’m not sure.

As you know I am not the most patient reader in the world.  I see this is listed as a series, Book of Red #1, do you have a number of stories in mind for the story arc at this time or is it more open ended and up to the characters?
Well, Shattered Secrets could very easily stand alone, though I can’t imagine anyone not wanting to read more about her life. The thing is: everything will be very different in the next book. New conflicts, new characters, new LOTS OF THINGS.  This really gives me a ton of freedom. At this point, I’m only planning two more works in the series, but each book will end with a full resolution (at least that’s the plan). If the readers enjoy them, I might write more.

What other projects do you have kicking around, aside from the sequel *wink, wink*?  I believe I seen something on your blog about Charming.
Ahh, Charming.  I love Charming, Charming, Charming, Charming.  Wait until you see the cover to this thriller.  It's dark, it's gritty, and it's very real.  No fantasy in my plot at all.  This book is set to release October 6th.  I should be starting a marketing campaign for it pretty soon.
I'm also planning to release Shattered Secrets 2 and LOST next year.  LOST is a Sci-fi that I'm really excited about.  Alien cats.  Lots of dead people.  A fight for dominance.  Wee!

Final question, what do you want readers to take away when reading your newest story?
I want readers to take away a couple lessons: One, trust yourself. If you have a bad gut feeling, trust that feeling. Don’t wait until the world is on fire to realize you could have prevented it all. Two, love fiercely. You never know when the family and friends you’ve surrounded yourself with will be taken from you, so make sure you show them how much you care on a daily basis. Hug often. Kiss often. Fight less. Forgive easily.

Thank you so much for the interview, Krystal.  It was such a pleasure getting inside your head on these things.  I hope you all have enjoyed this and are as ready as I am to check out this intriguing book.  Shattered Secrets on sale now!
Posted by Eve at 8:15 AM