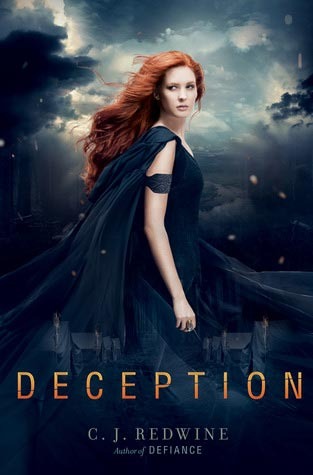 Happy Monday!  It is 2016 and I have big plans for the year.  As some of you may have noticed I added a new tab for reading challenges!  I plan to put a serious dent in my reading goal by participating in a couple and just getting right into it because let's face it they sound fun and are basically covering what I already planned to do anyways in 2016!  For more details if you're curious it's laid out there.  I am already making good progress and just yesterday finished the last book in a series I had been working on.  This is important because today I'd like to discuss the second book in the same trilogy, Deception by C.J. Redwine.

Deception follows book one Defiance (review) where we left off, no wasted time.  Baalboden has been destroyed and only a small group remain.  Rachel is in a hard place having lost the two most important people in her life for so long and she is struggling with that.  Still she has Logan, the one bright spot for her.  Logan who becomes the leader of their rag tag group of survivors.  With the device so many have died over in hand and an army after then to claim it they must leave what is left of their home and face the dangers of the Wasteland.  But that isn't the worst of it as they face obstacles at every angle someone is also threatening them from within.  This puts even more strain on Logan and Rachel as the defacto leaders and pushes them further both physically and emotionally.

I was really excited to start this book having loved the first book and wanting to find out more.  I loved Rachel and Logan and seeing from both their perspectives was just…oh so heart wrenching at times.  Rachel has been through more than one should have to deal with and goes down the rabbit hole of her own.  She has been raised to be strong and fight but this isn't a battle she is prepared for.  Consumed with grief and the need for revenge things start to blur.  And poor Logan finding out some harsh truths that shatter his reality and feeling unable to keep those who look to him to lead safe.  He is such a strong character but he has such self doubt and unease.  I really loved the depth to the characters we saw in this book.  I already felt like I knew our mains pretty well but we got so much more from them in this book that I was there with them. 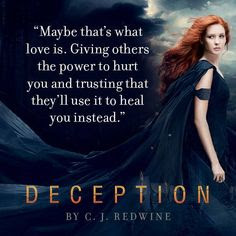 We get to know more and more about the Wastelands and some of the other city-states.  We also get to know even more characters as we move through.  The story is very much one of action and conflict but also about the characters.  I loved getting to know more about Willow and Quinn!  They are just adorable and I just found out there is a novella for them and how they met Rachel's dad that I must read!  Another aspect I really enjoyed was getting to see how the people of Baalboden handled the adjustment.  They lived their entire life in a completely different world, especially the women.  Now they are being lead by someone they didn't think much of before the city fell and a woman who previously would have had no voice or power at all.  Now teaching everyone to survive and to think for themselves.  It was developed beautifully.


Overall I think this was a great aspect in the story and the twists and turns were there I mean I didn't see some of them coming at all.  More things are explained throughout as it develops.  There is the character development really kicked up a notch on top of the constant motion and battles.  Stay or run? When there is no clear cut easy answer how do you decide?  Oh and then we come to that cliffhanger.  I was completely at a loss for words.  I won't spoil it for anyone but it is hard to put down and I am so glad I didn't have to wait a year between books or I may have gone a bit crazy.

That's all I have for now.  Stay tuned for the review of the final book in the Defiance or Courier's Daughter trilogy (it has both names listed in different places) which I plant to have up next week.  I'd love to hear your thoughts in the comments below on Deception and the Defiance trilogy.  I hope you all are having a fantasist start to 2016!