Hello happy movie fans!    So like I said these last couple weeks had a bunch of movies coming out that I was beyond stoked to see.  Plus movies are free and I don’t have any extra funds so lots of time at the theatre!  That said here is what I’ve seen the last two weeks: 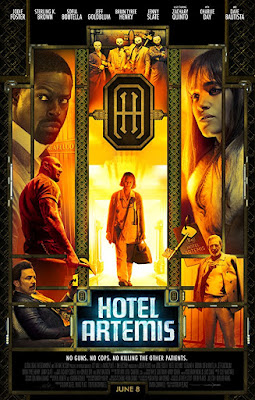 Hotel Artemis:  4 Stars
So this movie looked pretty cool from the trailer.  Dark and different and something I am totally into.  The movie was good for me.  I enjoyed myself.  It was different than I expected though and I’m not sure if the trailers were misleading on purpose, which I could see making sense to throw people off, or if it was accidental.  Either way I still enjoyed the movie and found the shift a bit refreshing.  It’s not the greatest movie but there is lots happening and it keeps things going pulling you in different directions as it turns into a crazy night at the Artemis.  One thing I found both pleasant and slightly annoying is it didn’t fully clarify some things, like membership, the current world, etc but gave pieces and hints and let the audience figure it out without being force fed it.  While I like that it wanted the audience to use our minds I would have liked just a smidge more as I have a couple unanswered questions.  Still it was an enjoyable movie for me. 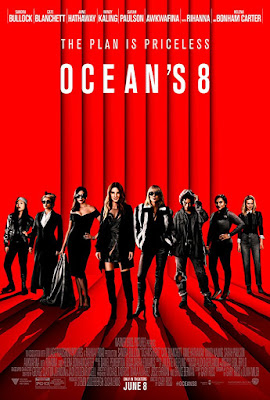 Oceans Eight:  5 Stars
Okay so I love me a good heist flick.  There is just something about a job that is well planned that gets me all excited.  Seriously if I had the skills I might not work for the police but be on the other side lol.  Shows like Leverage and White Collar with heists in them are my some of my favorites.  So this movie was perfect for me.  The cast was great and fun and the overall planning and heist were a thrill to watch.  It wasn’t super deep and the motives were a bit of revenge but mostly she’s good at it like that makes total sense to me.  The only thing I could see some people complaining about is that it’s very similar in format to Ocean's Eleven, and while this isn’t a remake it’s a sequel, the similarities are there and can make it feel like a female remake.  For me it was still a fun heist story so I didn’t have a problem with it.  It gave me everything the trailer promised and that is all I ask! 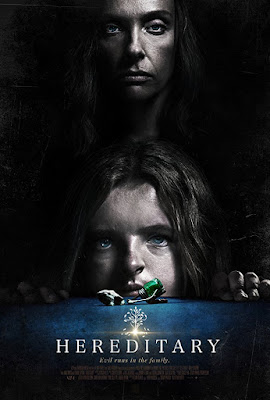 Hereditary:  3 Stars
Well that was something.  I honestly can say I have no idea what to think.  After the film ended I sat there for a bit not 100% sure what I had seen.  The movie was for sure creepy and weird.  I even had a couple instances that I jumped back or startled me which is hard to do in most movies so points there.  But as for a scary / horror aspect….it fell flat for me mostly because I was so confused about what happened that I didn’t know I should be scared or terrified.  Creeped out?  Yes.  Scared?  No.  Overall it wasn’t anything I’d watch again as it did feel like a very long movie without the payoff at the end for me. 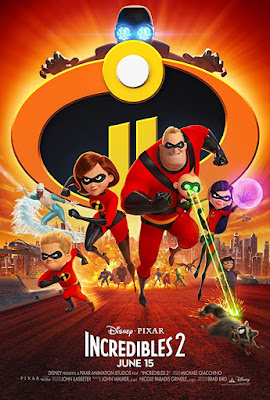 The Incredibles 2:  5 Stars
So I have a confession to make.  I only saw the first Incredibles the week before this one came out.  Yes I know it was amazing and I don't know how I went so long having never seen it but I did.  Bright side is I only had a week between movies and not 14 years so win for me!  That said this sequel was so much fun.  It was amazing and fit in so well with the first movie and something I can only assume fans who waited so long love.  The story is about family and super heroes.  I loved it.  So much going on in both aspects it has tons of fun moments and some really touching scenes as well.  I even enjoyed the little animated short before the movie.  Though the best part of it was when the 85% full theatre 90% of which are adults without kids with them is completely silent and one of the kids in there quietly asks "where are the incredibles?" and everyone started to laugh feeling the same way!  The atmosphere was happy an feel good and I don't know anyone who didn't like it! 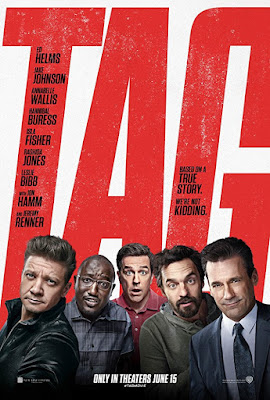 Tag:  5 Stars
So this movie was what I was hoping for and more.  I heard this was based on a real story of people playing a long, decade long, version of tag and I knew I wanted in.  These friendships were epic.  The game was a main factor and so so much along the way.  It was full of laughs and action for sure.  I went with my brother and we were laughing so hard through most of the movie.  There were also some really deep parts in there as well which only add to the comedy because this is a story of friendship.  I loved it and highly recommend it!

*****
This was an amazing couple of weeks for movies for me.  What movies have you seen recently?  What should I see?  This week I’m super excited to see the new Jurassic World first and foremost.  Then who knows what is out next week!