Hello happy readers!  I’m a bit behind on my reading and reviewing but I’m working to catch up so I can keep the reviews coming.  Yesterday I finished a debut book, Supremacy (Supremacy #1) by Christin Lee.  I was provided a copy of this book in exchange for an honest review. 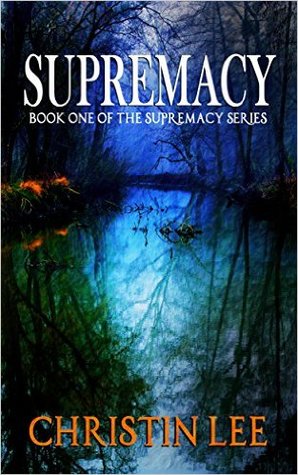 We follow Kate, a senior and top of her class and swim team in Texas.  She has her two best friends and her family who are a bit crazy at times.  She also has her herd of rescue animals, because that’s what she does she connects with animals and can’t leave a wounded or lost one behind.  On one of these outings to find a lost animal she meets a mysterious and sexy guy named Lucas.  With his accent and looks she’s instantly drawn in but she can tell there is more to him than a foreign exchange student.

So first thing going into this I would warn there is a slight insta-love feel but I urge you to still give it a try.  I went in kind of expecting a bit of it based on the summary and was okay with it.  I know some are horribly against it but for the most part it’s kind of cute.  I also feel it’s more of an insta-connection which is different and more realistic.  I think we’ve all ran into or saw someone and thought WOW they are so swoon-worthy and thought about them more and more after that moment hoping to run into them again.  Now things get real deep real fast but I could overlook it as I was enjoying the story and more I’ll mention later.

Kate is a really likeable character.  I just adored her affection for animals and wanting to save them all because I’m personally the one who can’t go near shelter sponsored events because I will get in trouble and want to adopt them all even knowing I’m not able to in my apartment.  I learned this when I used to volunteer and my favorite bebe I was going to adopt the landlord (different place and person but same rules) said no and I lost them.  I haven’t been able to volunteer since because I get too attached.  So I understood her in that way.  She also has a very interesting family and while I understood the brother sometimes driving her crazy aspect the overprotective parents, specifically the dad, were something of an enigma to me.  At times it was hard to stomach but I have also known people with parents like that and it seemed just as strange then.  Still Kate is down to earth and smart, which is always a good trait in a female lead.

Our mysterious Lucas was rather interesting.  He reminded me of some other supernatural characters here and there but overall I found him charming if a bit messed up.  Though don’t we love our brooding bad boys with a tragic past?  His accent and speaking Spanish to her and treating her like she is what’s important were key for sure.  Still there was a bit of an alpha male aspect and secrecy that could detract at times.  Whereas Stephen’s Alpha male act just royally pissed me off.  He took to trying to rule her and control her which is never acceptable.  I think Lucas handled Stephen well for the most part in the moment but it was after that he was a bit intense. 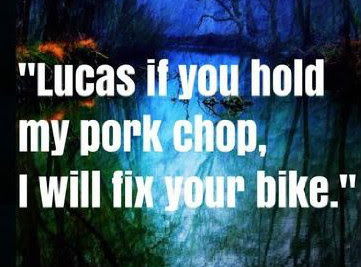 Romantically I think things happened a bit fast in the feelings department but as an overall story I think it plays out well.  Not a lot of answers are given and as things come to light it becomes clear.  The speed for which things happened didn’t set a foundation for a solid healthy relationship but first crushes/lust/feelings can be powerful and throw caution to the wind type of recklessness.  So that is why I don’t think the concept of insta-love wouldn’t describe it as a whole so if you give it time it kind of works into the story in a way.  Though for all the controlling men in her life I think Kate handles things pretty well.

The world of the Hallows was what really captured this story for me.  I loved the whole idea and how intricate it was.  We didn’t get to know too much as it was something discovered in this book but I can only assume there will be much more knowledge of this world experienced in book two.  So far though I am really enjoying some of the characters like Lis and Jenna for sure even Nic was interesting as a contrast to Lucas.  I loved the whole concept of the other world the idea has fascinated me in general since watching an episode of Bones years ago with  “mole people” so interesting.    I look forward to seeing more of the supernatural elements play out as the story continues and what happens after we left off.

Overall I really enjoyed this debut book.  There were a few instances where a few lines were a bit repetitive and I would have liked a bit more showing rather than telling in some parts but overall a great debut and a great story that pulled me along so quickly I could easily overlook any minor issues.  I’d love to hear what you all think about this book or the storyline in general in the comments below.