Hello happy readers!  I hope you all had a great weekend.  I finished up a read along on our Goodreads group Perpetual YA Bookworms reading The Orphan Queen (The Orphan Queen #1) by Jodi Meadows and we start the sequel and conclusion of the dualology The Mirror King today to finish off the series.  But before I dive into book two I wanted to share my thoughts on book one. 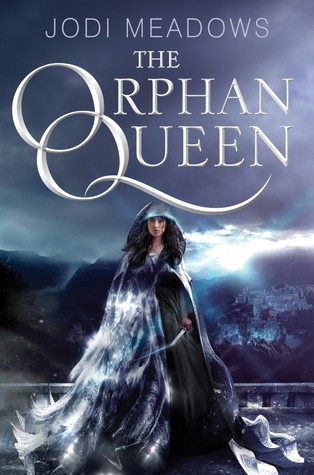 The Orphan Queen is a story following Wilhelmina and while she has multiple identities at the moment through and through she is a princess of a kingdom taken over by the Indigo Kingdom ten years before in the One Day War.  She and many others were left orphans and taken into the Indigo Kingdom but as they escape they took on the title of Ospreys and learn stealth and theft anything to survive and take back her thrown.  To do so she will work as a spy and infiltrate Skyvale Palace and gather information on their foes.  However, taking her throne back isn't that simple, on top of dealing with those difficulties there is a much larger issue at stake, the Wraith, toxic by-product of magic making magic illegal for years, is working it's way across the continent laying waste to the land.  Even if she manages to get her crown back she will still have to contend with this threat.

Let us start with Wil, she is different than what I have come to expect from characters reclaiming their thrown.  She may be the rightful queen but her and the Ospreys have a different leader of their group, Patrick.  His father was the former General and he was the oldest when they escaped making him the best choice to get them where they needed to be.  Wil is a skilled fighter, they all are after years of surviving, which makes her pretty bad ass.  We also learn from the start she herself has magic, a flasher, but thankfully no one knows or she could be killed.  With magic being illegal and the cause of the Wraith it's a touchy subject.  She's a master forger and loves the art of writing and drawing and I enjoyed the way it played out.  As a future queen of her people she also sees a larger picture and while she lets others lead she does not blindly follow but questions and looks for her own answers. 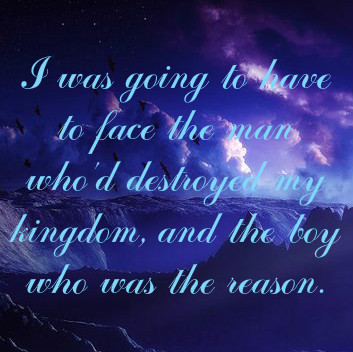 In Skyvale one figure in particular hunts down flashers and those who hurt the city, Black Knife.   Black Knife is a very complex character.  He is one to be feared but as we continue we come to see more of him and just what he does.  He is a vigilante but he also is doing so to save the people of the city which is commendable.  I think I liked this character the best as I got to know him and even as I suspected who Black Knife was beneath the mask early on it was fun to watch it play out.  I don't think the identity is meant to be shocking, I think there is enough out there to make the reader suspect and in turn enhance the character without fully confirming until the final section.

The characters and their interactions were what really moved things along for me.  I was invested in them, Patrick and his rule of the Ospreys and did I trust him or not, her best friend Melanie and did I suspect her, the other ladies of court while under cover and their motives.  Clearly I distrust everyone it seems.  We also can't forget some of our men, Prince Tobias and his cousin / guard James and of course our masked Black Knife all of whom have their moments both good and bad.  All of them formed a web that makes you want more.  And if that isn't enough you really get to dive into the whole world of Skyvale and the Wraith.  Trying to figure out what it is and how to stop it and the beasts it creates keeps you guessing.  What is rumor, myth, and what might actually help.  All while giving us hints of the past with connections and magic itself.  Along with pieces of what Wil herself can do as she struggles with what she thought she knew of the past and what is becoming clear may be well and true.

Overall it really took off and after the first 70 or so pages where I enjoyed it I moved to hard to put down.  I am so glad I waited to read this book though because with the ending that I had now I don't have to wait to read what happens next and how the story ends.  I will be starting The Mirror King today and I will share thoughts once I finish.  Until then I'd love to hear your thoughts in the comments about the intrigue, action, magic, and moving parts in this fantasy.