Hello happy readers! Today I am reviewing a book I had been wanting to get to since last year when it first came out but time and all plus it was massive.  So when I was contacted about working with a new audiobook app eStories I was thrilled and knew just the book to start with.  Plus it worked right into my audiobook challenge I'm doing this year!  The eStories app is simple and easy to use and super self explanatory and nicely laid out so thrilled with that.  The book in question you might ask is LadyMidnight (The Dark Artifices #1) by Cassandra Clare. 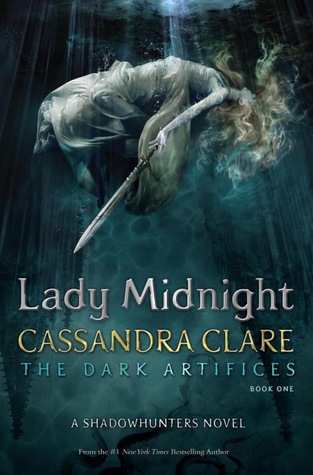 It's been a minute since I read the last Mortal Instruments book.  I had planned to re-read/skim it prior to moving on and reading Tales From the Shadowhunter Academy but that didn't end up happening go figure.  Still while I didn't remember specific details about the ending of the dark war it all came back to me as I began LadyMidnight.  We meet these characters, most of them anyways, at the end when they were younger but just as brave, stubborn, and dedicated.  Five years have passed and Emma is no longer a child but a woman still searching for answers about her parents murder.  Her and Julian became parabatai, bound together forever to become better together than apart so long as the most sacred rule of the Shadowhunters is not broken.  Emma and Julian must work to solve the string of demonic murders happening around them while balancing a thin line of treachery between the Clave and the Cold Peace.  Rules are meant to be broken though, especially when it comes to family and love.

I didn't realize how much I missed this world until I was back inside of it.  It also made me laugh from the start as I do watch the TV show where things are massively different but I find it fun.  I had almost forgotten how non-high tech the world really is.  Getting to know a new Institute in Los Angeles between the ocean and the desert was so different from the one we know in New York.  The plot starts off right away but we also slowly get re-introduced to our characters and where they are currently in life since it has been five years and many things have changed.  Emma who I love just as fiercely as I did when she was a little girl in the last book is even more loveable.  She's strong and determined and confident in her abilities but she is very unsure about other things like matters of the heart which I think most everyone can relate to.  Plus she is kick butt and she has an equally awesome weapon of choice in Cortana.  Cortana is almost a character itself really.  A new face we have is Christina, visiting from the Mexico Institute, and a fast friend to Emma.  I adored them together and having some girl bonding because us girls all need a girlfriend to talk to and confide in.  Christina also brings her own story which I hope will  be much more developed in the next book because what pieces we got I was really enjoying. Plus I want to know more about this "perfect" Diego.

Now the Blackthorns.  Julian is now the head of the Blackthorns and stand in father to the younger ones.  He is so much more grown up that we last saw him.  He has taken such good care of the little ones after Mark was taken by the hunt in the Dark War and Helen was sent away.  Julian stepped up.  You can't help but to love him and his dedication and love for his family.  He will do anything to help them and keep them together, including Emma.   The younger Blackthorns are just as loveable with the twins Livvy and Ty who are so cute together it hits the feels to Dru and then the youngest of them all little Tavvy.  Each has their own unique personality and skill set.  But it's their interactions together as a family unit that just make them so priceless.  The change in how they act together just family to how they act when someone new or unknown is thrown in just their protective instincts. 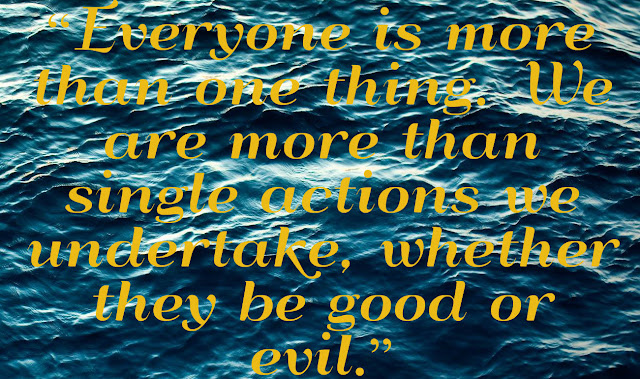 We also have a tutor for the kids, Diana who has her own secrets.  And of course every Institute works with the high warlock of the area, and while Magnus will always be my favorite in LA they have Malcolm.  He's not the only downworlder though as we have all different type some of the most memorable are the vampire Anselm and of course the members of the Wild Hunt with Gwyn and Kieran.  There are plenty more as they deal with several characters to try and solve this case.  A very rounded out cast already but we also have appearances from old favorites from both flashbacks and present day mentions like Clary, Jace, Magnus (who is still my favorite character in this world), Jem, Tessa, and even Church!  I was so excited to see these old faces.  While I love the new group to pieces, seriously they are amazing it was so nice to see everyone else as it really shows how all the stories come together into one beautiful world.

With the other books we have not just the immediate plot but the underlying issue of change that needs to happen on a much larger scale.  Previously they made steps to reform and change things but the world still needs work as we all do.  The first book really points out a few issues that I hope will be tackled as the series progresses and I think most will focus on the Cold Peace and overall Shadowhunter law.  There is a specific law I am unpleased about at this moment.  I won't give it away but to say that when I finished this book I was in desperate need to talk about it.  Thankfully this is one of the few books a good friend of mine read before me so as soon as I finished I was texting her I would be over to visit and discuss later that day.  And discuss we did.  I have many theories and hopes myself but right now my heart is just aching for some of the individual relationships between the cast seem on unsteady ground.  I need more and I'm hoping Cassandra Clare doesn’t rip my heart out.  Some victories and some losses.  This series is off to an amazing start and I know I won't be waiting as long to dive into the next book! 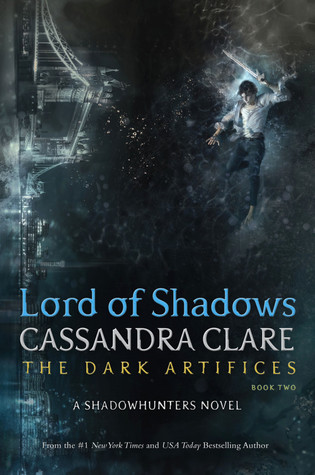 Though having enjoyed the audiobook I think I may want to listen to the next one as well.   I almost forgot one of my favorite parts of the eStories app is that it doesn't just tell you what chapter you're on or how much time you have left but it says what percentage you're at.  For someone who loves to update Goodreads reading progress that is perfect!  Usually I have to guess to update or if I have the physical book or know someone that does I'll ask them what page a certain chapter is on this is so much easier!  I could go on forever about this series and how awesome the audiobook was, because the change in voice/pitch/accent for different characters was on point!  I'd love to know what you guys thought of the book and any theories you have for the future (I can't share mine without spoiling anything) just please put *spoiler* before so if anyone hasn't finished they are safe.