Hello happy movie fans!    So I haven't seen all the movies I had planned these last two weeks and I'm not sure which of the ones I want to see coming up I'll be able to see at the start of their run given the MoviePass issues.  Yes I have a MoviePass and it has been allowing me to see movies at my hearts content, basically a dream come true for me.  I'm holding out hope they work things out and continue to work.  Either way I'm going to use it while I have it!  That said here is what I’ve seen the last two weeks: 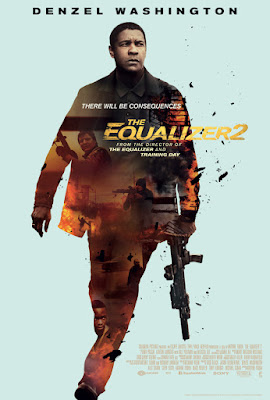 The Equalizer 2:  5 Stars
So the first movie was awesome.  I like these type of movies and these type of heroes that do bad to help the little guys.  It’s always something you can get behind.  Like the first one it has some amazing action sequences where he uses his skills and the things around him to really kick ass!  It had a little story of his current life after moving on from his last place which grounds him as well as his personal connection to the only friend from the agency he has left.  The movie even managed to infuse some laughter in there as well which really rounded it out for me and I am sure will be a movie I turn on all the time when it's on regular TV as something I can always re-watch! 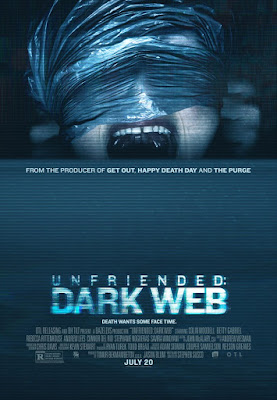 Unfriended:  Dark Web: 4.5 Stars
I went into this thinking it might be a bit of cheesy horror fun but was honestly surprised.  It has the who theme of everything is seen from a computer screen which on the big screen but when I watched the first Unfriended on TV it was a bit harder to enjoy as you have to read IM's and texts on the screen and because it's the side of the screen depending on your TV size it sometimes is hard to catch.  It's an interesting movie for sure and it did keep me fascinated and including the dark web aspect with all the crazy and illicit things was a good idea.  It was creepy and suspenseful and really kept you focused.  I was honestly creeped out. 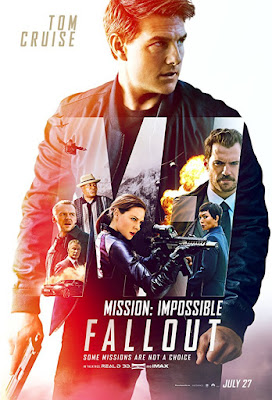 Mission Impossible:  Fallout: 5 Stars
A couple weeks ago I hadn't seen past the first two movies years ago.  But they always look interesting and fun.  So I got me a 5 pack movie for $20 and marathon watched all 5 previous movies from start to finish and found myself really loving the action and the impossible aspects of them mixed with a surprising amount of humor.  I was really excited to dive into the newest installment and it was just as good if not better than the ones before it.  I enjoyed the different levels of espionage and all mixed in with some awesome action and tying things back to the previous movies so seamlessly.  It didn't feel like so many years has passed from the first films because they flow together nicely.  I would highly recommend a binge watch and seeing the newest installment!

*****
That's all for now.  Hopefully MoviePass gets it's stuff together and I will still be able to see plenty of movies on the cheap.  That said this week alone I have several in mind top two being The Darkest Minds (because hello book to movie adaptation) and The Spy Who Dumped Me because it looks hilarious!  What movies have you seen recently?  What should I see?