Hello happy movie fans!  I hope all is going well with you.  I know I have been a bit MIA as of late and I am sorry for that, some of the Top Ten's I've missed have just left my mind blank unable to think of anything for it for too long but hopefully my brain can catch back up soon!  Also last weekend I may have gone and done something that has kept me rather distracted… I signed up to be a pet foster parent.  I see all the urgent foster needs and while my job hours are tricky my place sure beats boarding / shelter / or being put down.  So I had a home visit and got all the paperwork signed up, who knew there was so much, and we found my first foster.  Her name, which I didn’t choose but find kismet, is Bella.  So the cute puppy news aside here's what I’ve seen the last two weeks: 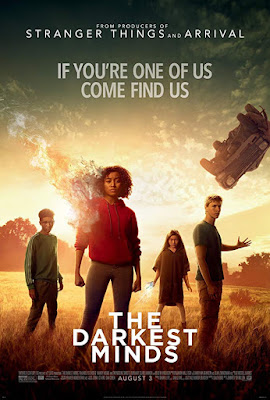 The Darkest Minds:  4 Stars
So I read the first two books in the series back at the start of 2016 and was about 75% finished with the third book at the time of seeing this movie.  I was a bit foggy on some of the specific details from the book but even the trailer made it very clear like most book to movie adaptations there would be changes.  Overall as a movie I was mixed.  I found many moments and parts I enjoyed from the book.  Some of it made a really nice movie piece but I can recognize that the timing was skewed.  The connections built between Ruby, Liam, Chubs, and Zu are forged with some times but in the movie it seems to happen instantly.  The connection between Ruby and Liam isn't as strong.  Basically I felt everything was very rushed.  All the connection I felt was that I knew these characters and the connections already but non-readers may not.  I enjoyed myself well enough but some of the changes didn't make sense as a whole to the larger story I know having read the books.  Still I do hope they make more. 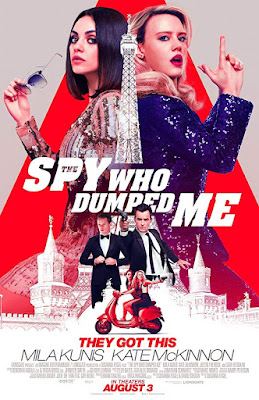 The Spy Who Dumped Me:  5 Stars
By far my favorite movie I have seen this go and maybe even all year.  Seriously this movie was the best.  It was hilarious!!!  I was rolling and laughing so hard through 98% of the movie it hurt.  First let me say that half the stuff the MC is thinking / said and I have been there and her best friends name is Morgan who is a little wild and haha so is mine!  So the hilariousness is there for sure.  I couldn't stop laughing.  It was crazy and over the top in the best way.  I loved all the cast they did a great job, and it never hurts seeing Sam Heughan, just saying.  Really though the real stars were Kunis and McKinnon they did a great job and played off one another so well.  They look like they could be best friends who get into all sorts of issues!  I loved this movie and can't wait to see it again! 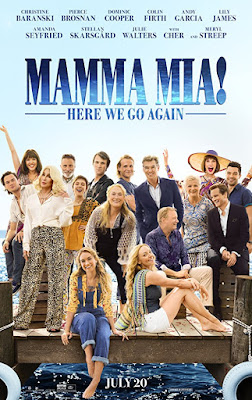 Mamma Mia!  Here We Go Again:  4 Stars
So I saw this trailer and thought it looked good even though at the time I hadn't seen the first one.  So I watched it on Netflix and it was only okay.  Still the trailer for the second one looked much better even if I saw some continuity issues from movie one.  Anywho I went into it and I did enjoy it much more than the first.  I only new some of the songs and again my biggest issue was with some things I noticed off between movie 1 and 2 but still it was a fun time.  Some good singing and dancing to be had. 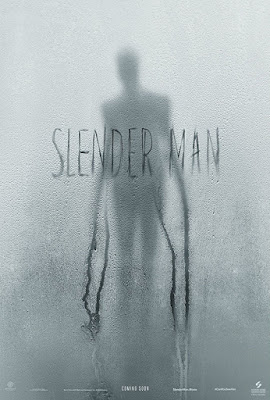 Slender Man: 1 Stars
This is by far my flop.  This looked like it might be a cool horror movie I could laugh at, as you know I laugh in horror movies.  Well I was wrong.  It was very odd and I couldn’t care less about any of the characters as there was no development and unlike other horror movies I've seen there is no rules or understanding for it and everything just sort of happens without rhyme or reason.  Also on a person note one school scene, not a spoiler,  they are in science and most school science scenes always want to dissect something like it's what is done every day not sure where they go to school mine it was 1 year and 1 time and a frog not a flipping eyeball!!!  Who dissects and eyeball in class just saying the only legit freaky thing in the movie and it wasn't supposed to be just I have an issue with eyeballs.  Anywho as for the movie I'm not really sure what happened it just kind of blurred right by. 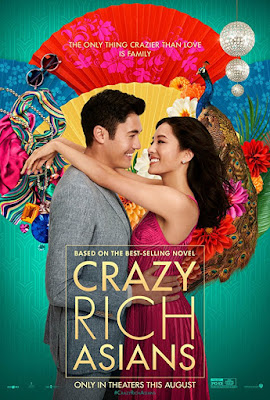 Crazy Rich Asians:  5 Stars
I was so excited to be able to snag this one last night.  This is based on a book but I have not read it.  I only heard about it when the trailer came out and it looked really good. I was so excited to see it.  I loved the whole thing from start to finish!  The cast was amazing and talented and the visuals were just stunning.  It had a beautiful story of love and family and how culture among with other things can put those at odds.  It did make me want to check out the book, but I know I'll be seeing the movie again!

*****
I still have some more movies I want to check out like The Meg, Mile 22, Alpha, Dog Days and more.  Still starting in Sept. I may be seeing less movies with the changes to my subscription.  If that happens I may end up turning this into a once a month post rather than every other week but we shall see how it plays out.  Still going to see as many as I can in the mean time!  What movies have you seen recently?  What should I see?