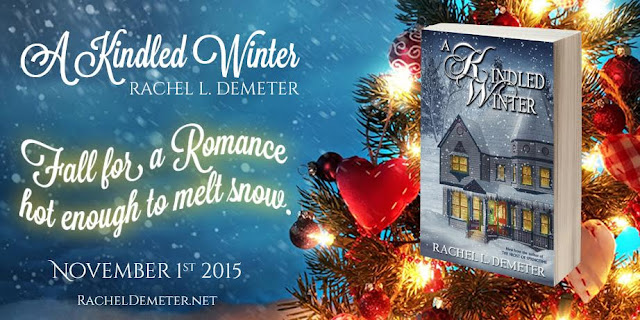 
Blurb
“Christmas, my child, is love in action. Every time we love, every time we give, it’s Christmas.” — Dale Evans
A week before Christmas, Jeseca Reed sets off for Blue River, Oregon—her childhood home and a vault of tender memories. However, fate takes an unexpected turn when she’s left stranded in the mountains’ vast, untamed wilderness. Desperate and alone, she seeks shelter at a cottage and finds herself in the arms of a mysterious stranger. Dr. David Drake was once a renowned cardiovascular surgeon. But a devastating tragedy has left him scarred both inside and out, unable to use his hands to operate again. For the past five years, his Blue River cottage has been his sole escape—a safe haven where he can shut out the world, bury himself in his grief, and reunite with his son’s memory. Together they are summer and winter. Fire and ice. And yet a poignant connection forms between them. Jeseca awakens David and thaws his heart with a romance hot enough to melt snow. But before David and Jeseca can fully embrace each other, they must wade through darkness and confront the ghosts of their pasts … Equal parts steamy and heartfelt, A Kindled Winter brings the spirit of the holidays to life with a passionate story of second chances and healing love.

I was contacted by the author and asked if I would be interested in receiving a copy for an honest review and after looking it over I was excited to give it a go.  It's a story of two messed up people finding themselves and in the Christmas holiday no less.  As it's almost the end of the year, yes I can't believe it's Almost Christmas again where did the year go? I was excited to read something Christmas-y.

I really liked this story.  I liked that while both dealing with loss and pain Jeseca and David have taken different routes in dealing with it.  David has secluded himself away while Jeseca puts herself in the thick of it despite her fears and inner demons.  Then fate brings them together (and Brody) stuck alone in a storm and despite their differences they have a clear and instant connection.  There is an instant physical attraction for sure, despite his scars Jeseca sees past them, but they both recognize someone in the other; pain and loss.  It can bond people together, to know that someone else understands even a portion of your pain can be an intoxicating thing.  David is a bit more stubborn and hard to thaw out and I liked that Jeseca seemed to understand that and not take it personally but proceeded forward with a bit of caution. 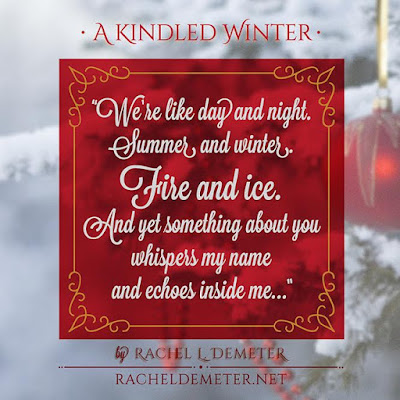 When you are stuck with a total stranger for any period of time you are bound to get to know one another and I liked their slow discovery.  How they let themselves open up and feel.  It isn't always easy after loss to talk about it, not when you've avoided it for so long but learning their stories and watching as their opposite personalities grew together was beautiful.  I read this in mostly one sitting.  I enjoyed the characters and their unique and adorable interactions that had me rooting for them to get together.  Dual POV's gave you a deeper feel of both characters and what was driving them and what they wanted.  And did we ever want them together because the sexual tension was steamy as all get out, that man….I wouldn't mind wrecking near his place, just saying!

The story is an intense, sad, hopeful, and sexy read all rolled into one.  And that's all I'll say on it, just enjoy the journey.

Excerpt
David’s enchanting voice swelled the darkness, surrounding Jeseca, gripping onto her senses with a thousand beckoning fingers. They held her captive—and she readily surrendered her freedom. “We’re like day and night. Summer and winter. Fire and ice. And yet something about you whispers my name and echoes inside me …” His mouth found her pulse point. Damp, hot lips nibbled on her skin and sent her wits reeling. “You should have never come in here. It was a mistake.” “Then tell me to leave and I’ll go,” she replied through a breathy whisper. Her voice sounded thick with desire, hoarse … she hardly recognized it as her own. “And I don’t believe we’re complete opposites,” she said, her words husky and guttural. “I think the real you is hiding.” Impenetrable silence took hold. Only the howling wind and David’s heavy breathing breached the quiet. “Should I leave?” More silence. “No. I need you … I need you to stay with me.” The words emerged from the darkness and wrapped around Jeseca’s heart with the force of a lasso. He plunged a hand beneath the bathrobe, which had fallen halfway open, and a jarring whoosh of air slammed against her skin. His tongue swirled along her collarbone, branding her flesh with slick, wet shapes. Her heart hammered, and she clutched at the bedsheet as his mouth ventured lower … lower … skirting across the V-line of her plush pajama top. Then his fingers were working the buttons, quickly undoing them and sweeping the soft material aside. Cold air tightened her naked breasts, causing gooseflesh to prickle her skin. “Stop me if I’m going too fast,” he breathed against her. Yes, she should stop him. This was wrong. Totally wrong. Instead, all rational thought melted away and she found herself arching against his mouth and tongue. She wanted more—not less. And she wanted him to go faster—not slower … 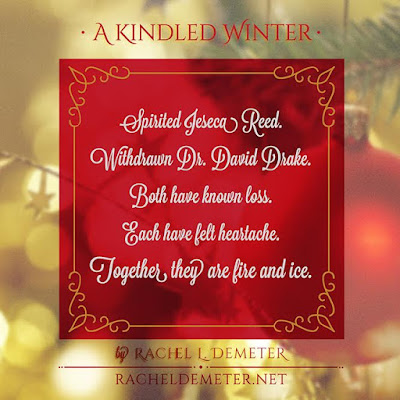 Rachel L. Demeter lives in the beautiful hills of Anaheim, California with Teddy, her goofy lowland sheepdog, and her high school sweetheart of eleven years. She enjoys writing poignant romances that challenge the reader's emotions and explore the redeeming power of love. Imagining dynamic worlds and characters has been Rachel's passion for longer than she can remember. Before learning how to read or write, she would dictate stories while her mother would record them for her. She holds a special affinity for the tortured hero and unconventional romances. Whether crafting the protagonist or antagonist, she ensures every character is given a soul. Her dream is to move readers and leave an emotional impact through her words. 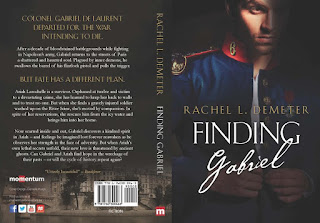 Colonel Gabriel de Laurent departed for the war intending to die. After a decade of bloodstained battlegrounds while fighting in Napoleon's army, Gabriel returns to the streets of Paris a shattered and haunted soul. Plagued by inner demons, he swallows the barrel of his flintlock pistol and pulls the trigger. But fate has a different plan. Ariah Larochelle is a survivor. Orphaned at twelve and victim to a devastating crime, she has learned to keep her back to walls and to trust no one. But when she finds a gravely injured soldier washed up on the River Seine, she's moved by compassion. In spite of her reservations, she rescues him from the icy water and brings him into her home. Now scarred inside and out, Gabriel discovers a kindred spirit in Ariah—and feelings he imagined lost forever reawaken as he observes her strength in the face of adversity. But when Ariah's own lethal secrets unfold, their new love is threatened by ancient ghosts. Can Gabriel and Ariah find hope in the wreckage of their pasts—or will the cycle of history repeat again? Perfect for fans of Gaelen Foley's Lord of Ice and Judith James's Broken Wing, Finding Gabriel features all the dark romance, searing passion, and historical intrigue of The Phantom of the Opera and Les Misérables.