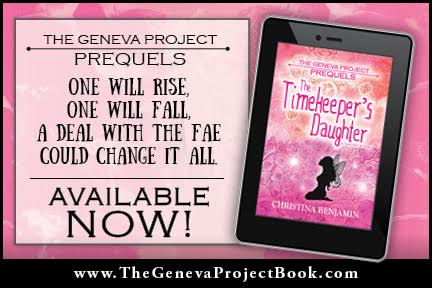 The newest Short Story in The Geneva Project: Prequel series is here!!! And it’s $.99 for a limited time.

Delve into the realm of fairies as Mother Nature, Father Time and Death battle over the powers of a very special family. This story gives us a glimpse into Mala's life.
Get to know her story before her important role in the 4th and final book of The Geneva Project series is released.

She could see the future; he could control time.
Their love was forbidden, seen as a crime.
The lovers knew they could not outrace,
Their future was doomed once Death gave chase.
No matter how swift or how clever,
The lovers knew happily ever after wouldn’t last forever. 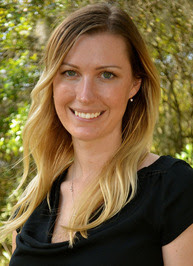 Award-winning young adult author Christina Benjamin fell in love with the magic of words at an early age. Benjamin’s writing hooks fans of mega-hit YA fiction like Harry Potter and Hunger Games, and offers a new series to obsess over.  She paints a vivid world, where magic and imagination run wild in her epic tale of adventure, courage and friendship.

Christina lives in Florida with her husband, and character inspiring pets. She’s a proud Gryffindor and spends most of her time writing. Benjamin is dedicated to giving back to the community and speaking at schools to inspire creativity in young writers.

Review:
This is a quick and short novella that goes into the Geneva Project series as a prequel.  It takes less than an hour to read and not mandatory for the enjoyment of the series itself but it is a nice addition.  It was nice to see more back story on someone I had been wanting to know more about and even better it was a nice snack to hold me over to til the next book.
Posted by Eve at 6:24 AM