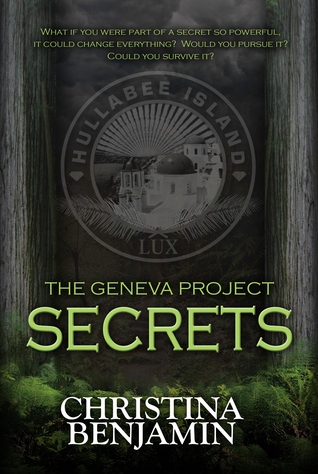 It's Friday!  So that means it's time for another review here at Functioning Insanity Reviews.  Last week I reviewed The Geneva Project: Truth by Christina Benjamin here, the first book in the series, and today I'll be reviewing book two Secrets.  You know the drill this is book two so it will contain some spoilers for book one, sorry, but if you haven't read it yet go do so and come right back.  You have been warned.

Secrets picks up where Truth ended.  Pretty much that same moment, we go right back into it not skipping a beat. Tippy now knows she is Geneva, the Eva, the one meant to lead the Beto people and all on the island back to a peaceful way of life.  The Book of Secrets gave her more than she bargained for with the whole destiny and a sister she never would have asked for.  Still this is not the end she has many more secrets to uncover, some dark and mysterious.  Geneva must decide who she can trust with her secrets and which she must keep to herself.

When we left Tippy, aka Geneva, in Truth she just found out her destiny and oh yeah Jemma, her enemy is now her older sister.  Shock set in now.  It's overwhelming to learn  all of this.  Add to that she had just put an end to an evil hunting them and she needed a moment.  Things quickly get into gear as the gang joins with the Beto people in the forest, constantly on the move to keep themselves safe.  My thoughts and theories about a couple things were in fact true, I'm that good.  Though I admit it happened in a different way than expected.  In Secrets we get to meet so many new characters while still learning new things about the ones we already love.  My favorite new addition was Jovi.  We found out more about the legends and history of the island.  This is important if they wish to change the past and not let history repeat itself.
Along with tons of character development and growth, because Eva has some serious stuff to cope with.  Sure she doesn't always make the sound decisions but she's young and she's overwhelmed and I had a hard time being upset about any mistakes or decisions she made based on flawed logic because of that.  I loved being in her head and seeing just what she was going through and how she came to her decisions.  Even when things are not explained to her fully or she is lied to and betrayed she still finds it in her heart to do what is best for everyone and not take a vindictive stance.  That shows me she is a good leader.  She has her moments and she may do some things against her personal desires and get a touch of payback in there but she at least feels bad after.  Heads up I didn't feel bad at all.  I'm not even going to try and describe the tension of all types between all the characters, lots of emotions and feels happening there.  I think it was best to experience it first hand so I don't want you to be expecting anything and ruin that ah ha moment.  I'll just say wow...some stuff is going down.  High drama levels done right.

Secrets also focuses on their mission.  They need to find the four pillars.   Eva believes that the best place they will be is back at the orphanage they escaped from.  They have to go back.  No one is excited at the prospect of course but it's a necessary evil they must work towards with the best plan possible.  The road is dangerous, more so as in this book we find out more of the other side, the evil group that are seeking out Eva and the pillars for a completely opposite reason than peace and unity. Seeing things happen from both angles and knowing how more than the other characters made it all the more intense. 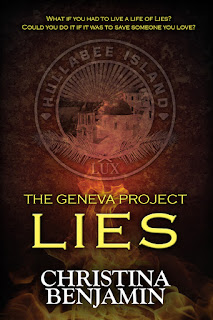 There is so much happening in the book. Things never stop moving.  The continued world building is astounding and completely natural as they learn about the legends and at the same time it blends so easily into the characters stories it's perfect.  I really enjoyed this book and I'm beyond excited for book three: Lies to come out next month.  Which leads me into my next bit of news, to celebrate the release of Lies I had the pleasure of doing a character interview of Sparrow.  It was so much fun to put together with the author and I can't wait to share it with you all.  I'll be posting that on September 2nd so make sure to check back then for more.  Until then check back for more fun posts and reviews.  Share your thoughts and feels in the comments below they fill my heart :)