I Zombie by Jo Michaels ~ A different kind of zombie 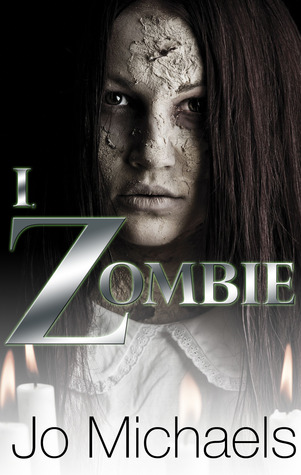 Happy Saturday!  So this review was supposed to go up yesterday but I had a moment.  I had planned to post it when I got to work but I left my flash drive with all the stuff at the house.  One of those days.  So instead of posting at midnight when I got home, because I was dead tired, I decided to post today.  Anywho back to business.

So today I would like to discuss with you all my thoughts and feels on I Zombie by Jo Michaels.  Something you've probably learned I by now along with being addicted to books I also have a vast amount of time spent with movies and TV shows.  They range in style and content.  One thing I've always enjoyed are zombies.  I like the different ideas and concepts behind them and what they are and can do.  So a zombie book by someone I was excited to meet at UtopYA in June (yeah I'm behind) caught my eye.  Even more it sounded awesome.  A girl who goes to a party and ends up mutilating her dog realizing the zombie apocalypse everyone is yelling about might be legit.  Still while she might be infected she is still mostly her.  It calls into play the idea that zombies aren't all bad, maybe just misunderstood.

Following the story we stay with Trixie.  Normal girl who ends up in a huge mess.  The end of the world.  The zombie apocalypse.  Who reading this can say honestly they've never thought about this very topic and wondered would you survive?  I know I've went back and forth and it varies based on the different version on zombies.  Zombies who are not trying to hurt you but are still people infected with a disease that is rotting them and making them into the creepy zombies of pop culture.  We are so stuck on a certain idea of them from everything we see that most would simply shot and ask questions later.  I know personally if zombie movies and anything horror related has taught me it's something comes at me like it wants to eat me head shot is the best bet, kills most things, that or a beheading just saying.  So it was easy to understand Trixie's fear and motivation as she tried to join up with others like her, find a safe haven to just get away from the gun toting Darryl Dixon wannabes.  Yes I love The Walking Dead. 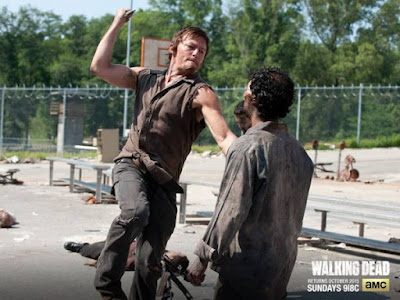 When I first read this I had just saw a trailer for a new show on the CW called iZombie and thought they were related.  Not the same thing.  A similar take only in that zombies are more than brainless shuffling beings searching for food.  I really enjoyed the book and the questions it puts forward.  I liked the way it turned certain zombie attributes on themselves and gave explanations for some things that, at least to me, have never been explained in current zombie pop culture.  I liked getting to know Trixie and her gang and seeing how they cope.

I had a lot of conflicting feelings while reading because as a zombie culture fan I'm generally in the "kill all zombies/head shots" crowd but seeing things from a "zombies" prospective I was rooting for her but still found it hard to be against humans hunting them because of my past bias.  I really liked how it was able to keep pulling me in.  I do recommend this to anyone looking for a pretty quick complex read…and anyone who likes some zombies!

Well that's all for today.  Check back Monday for more good bookish fun!  Until next time...
Posted by Eve at 12:49 PM